The Last Avatar: Some Inspired Outfits 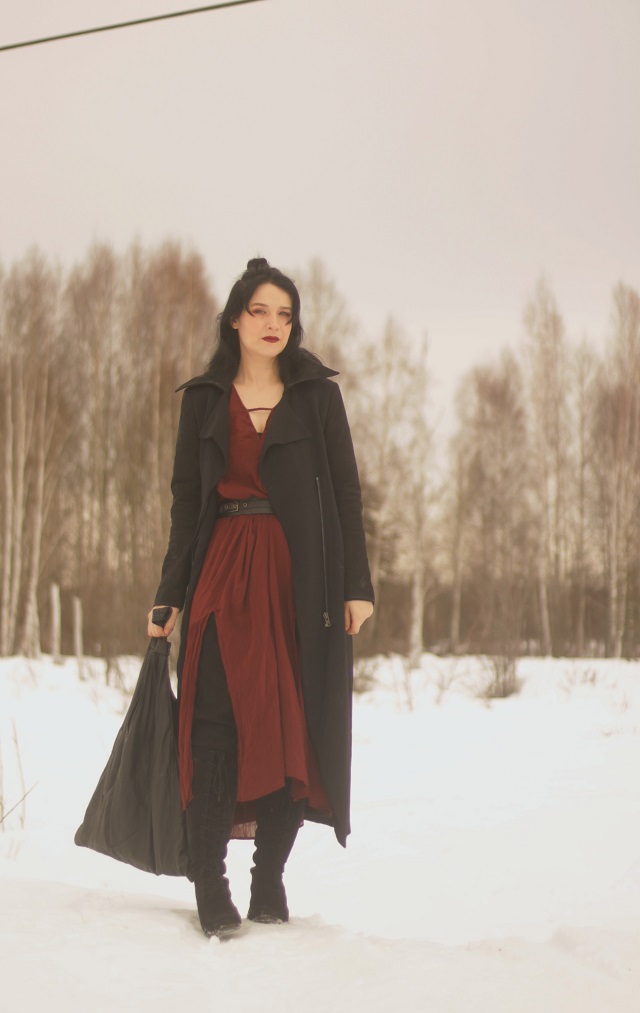 The kids and I are re watching The Last Avatar and I've been meaning for years to do some Avatar inspired looks. There's a lot of rich world building within the series and a lot of both outfit and makeup inspiration, re Suki!  I started with a Fire Nation inspired look, Azula is probably one of my favorite next to the aforementioned Suki. The Fire nation outfits have lots of sharp lines with flow and I tried to incorporate that with this - the coat has the sharp shoulders with the collar taking influenced from the shoulder spikes and I wore baggy pants with tall lace up boots.  (This isn't meant to be a cosplay post but an inspired by one.) 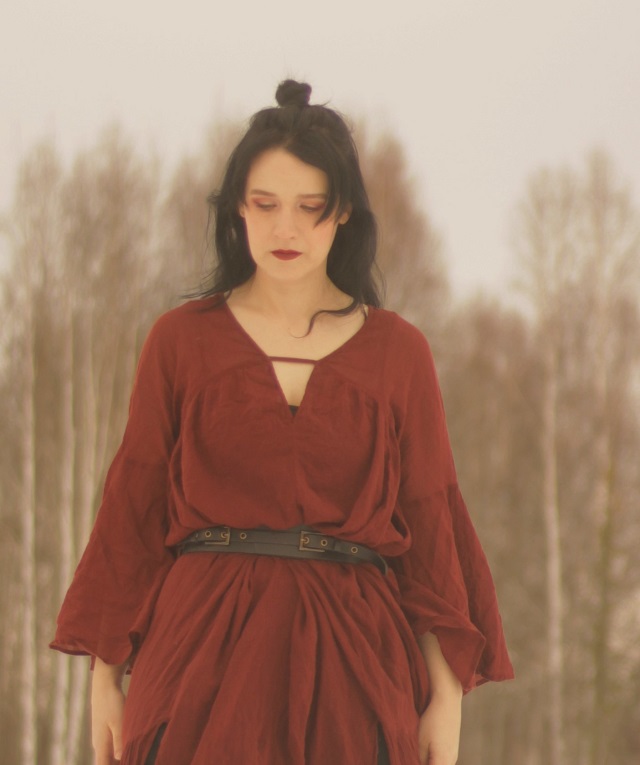 Azula had some fantastic looks in the show, I really liked her sharp eyeliner and lipstick and tried to pull that across in my own makeup. 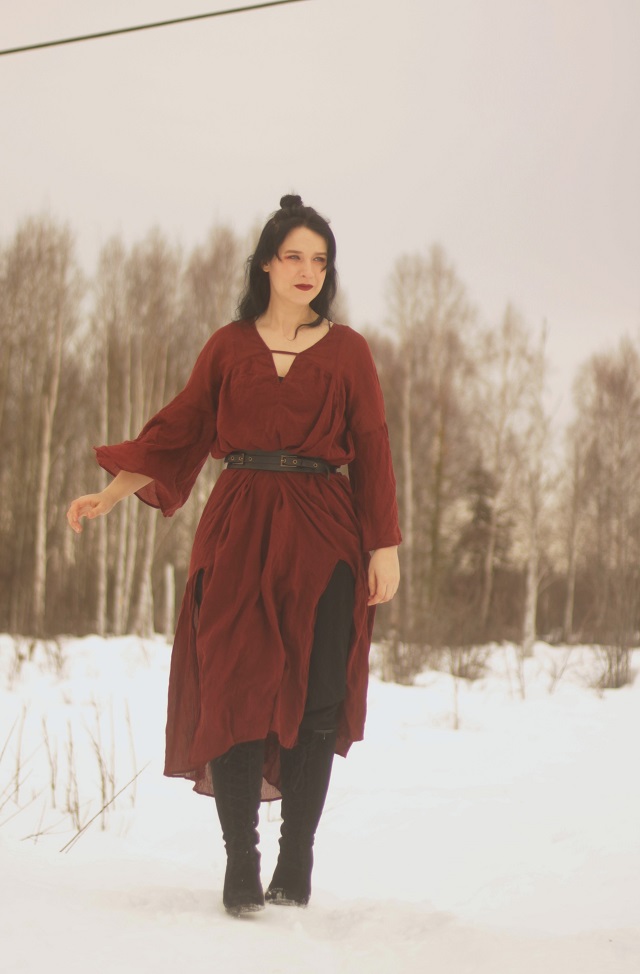 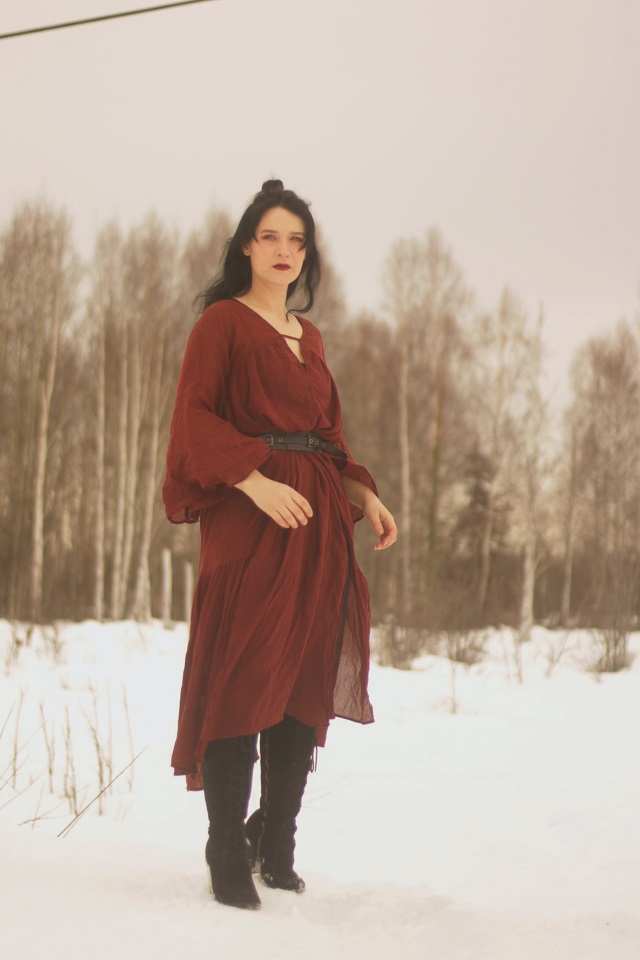 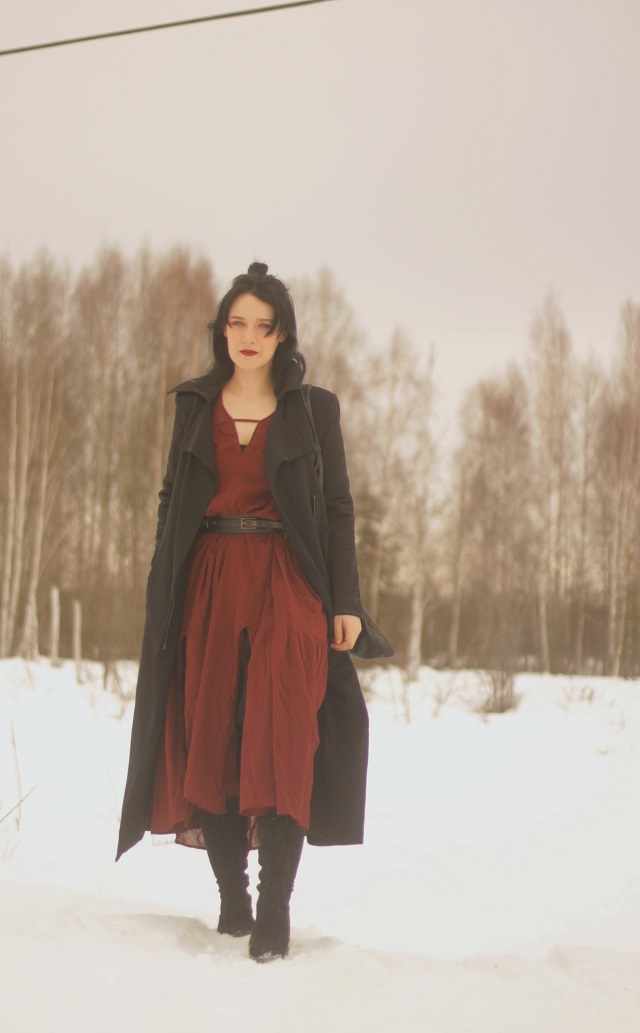 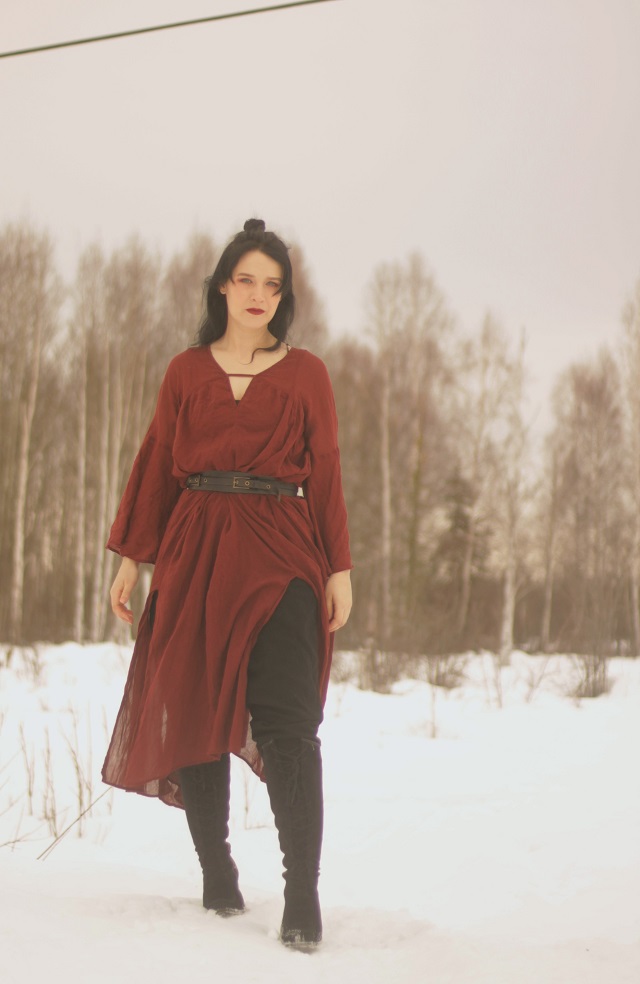 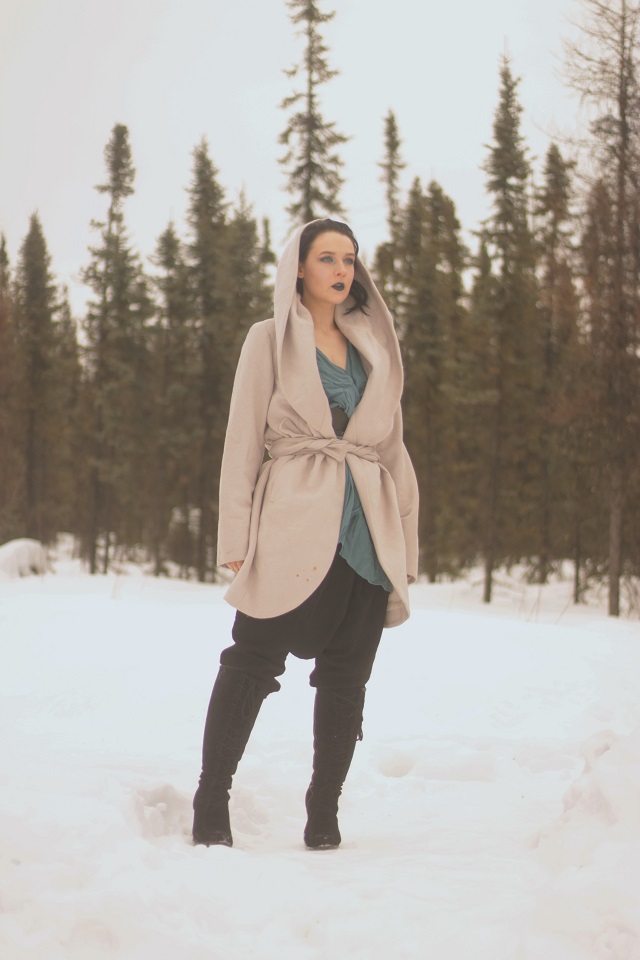 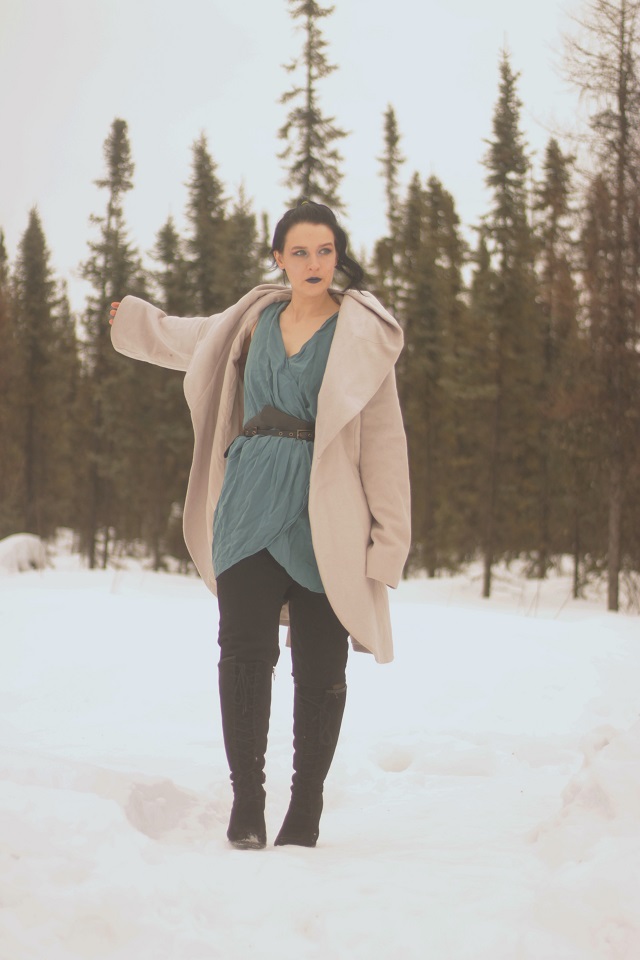 Next is Water Nation. I forgot to throw in some fur, lol.   The Water Nation tribes took a lot of inspiration stylewise from Inuit and other Northern Nations and I failed at channeling any of that here, this ended up more fantasy water tribe styling instead. (I should of spent more time, this was the most thrown together look and it shows.) Water nation other wise had a big emphasis on heavy layers, blues, black and whites and fabrics that still had a flow to them.  I tried to get that feeling with the dress on top but this would of been a great time to use my furry boots.  I'm obviously going to have to try this again. 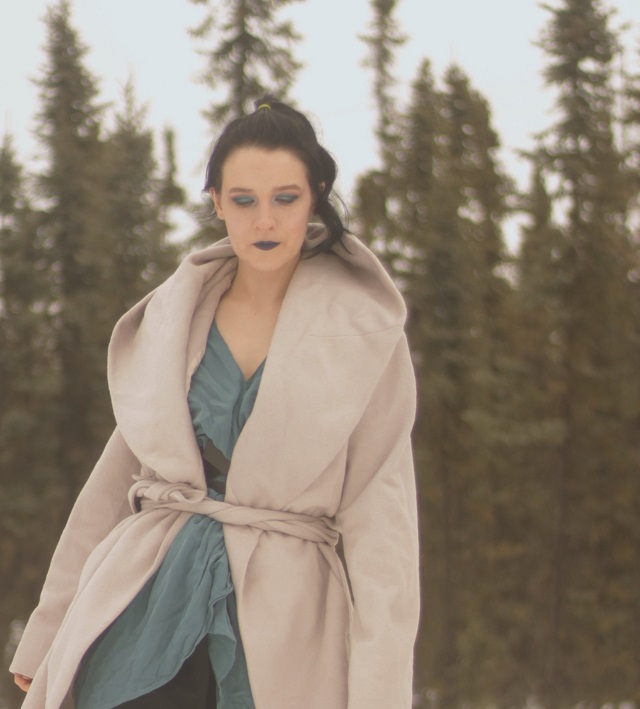 I did some blue eye shadow and lips and really fun silvery blue highlight but the highlight did not show up on camera.  I am not a beauty blogger it appears. 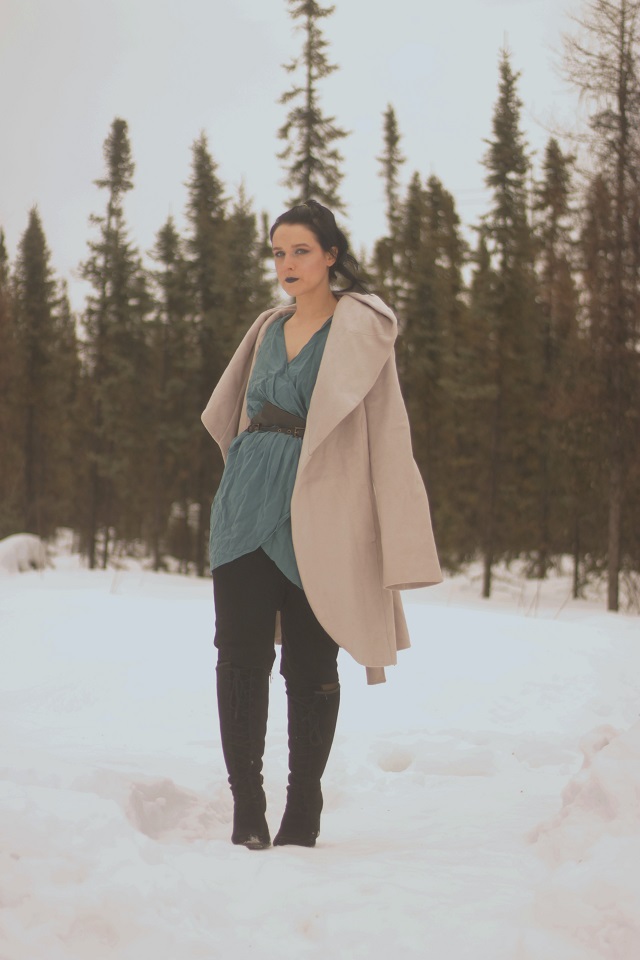 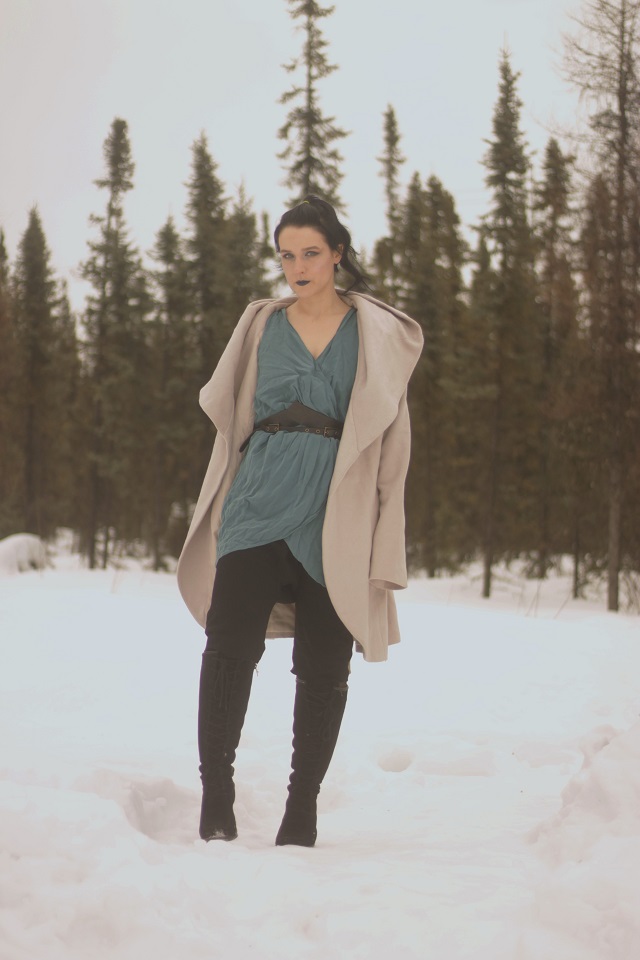 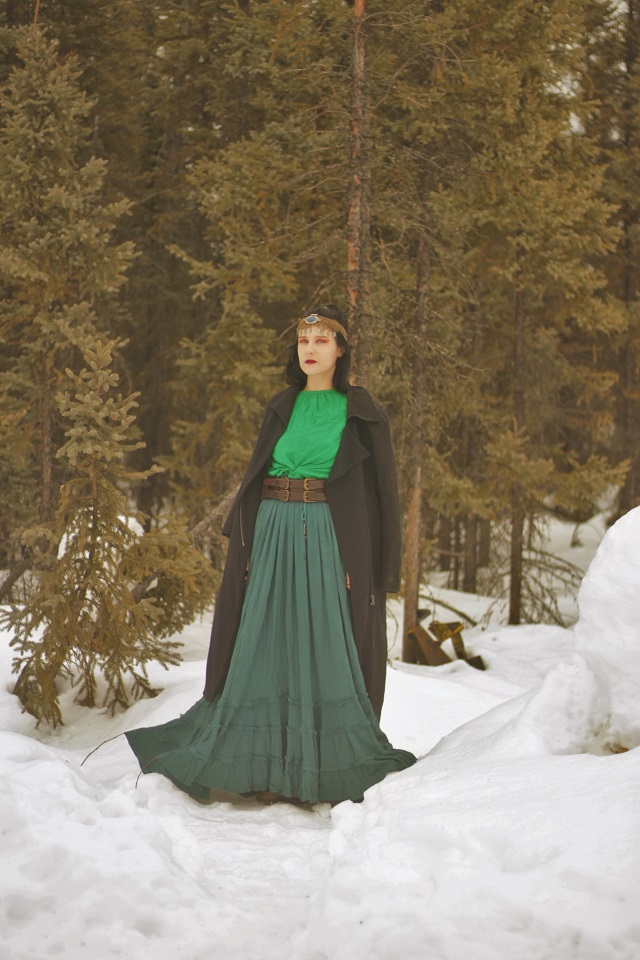 I mentioned Suki being another favorite, her makeup was fantastic and she overall was such a strong character. (Actually, you could say that about pretty much every female character in Avatar.  The women were all so well written and developed and it's really enjoyable watching a show where they're not either an afterthought or there to serve the main character's development.)  The Earth Nation was well development world wise with a lot of outfit inspiration and variation so I tried for more of a toned down Suki look here. 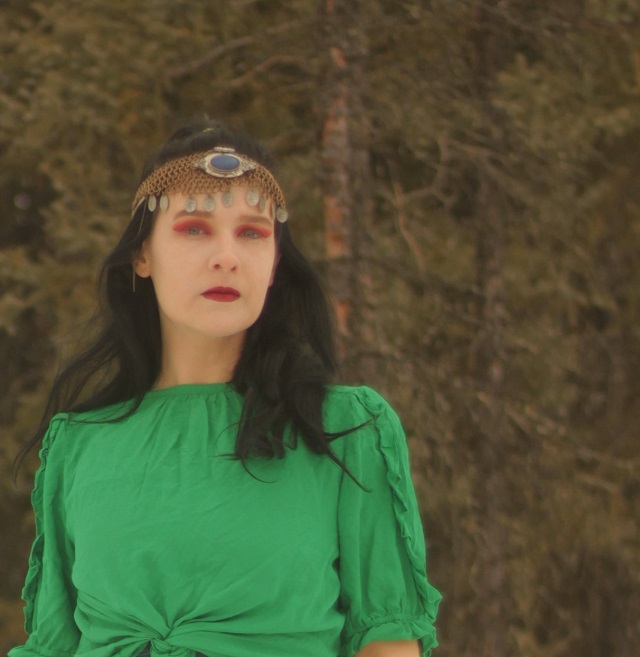 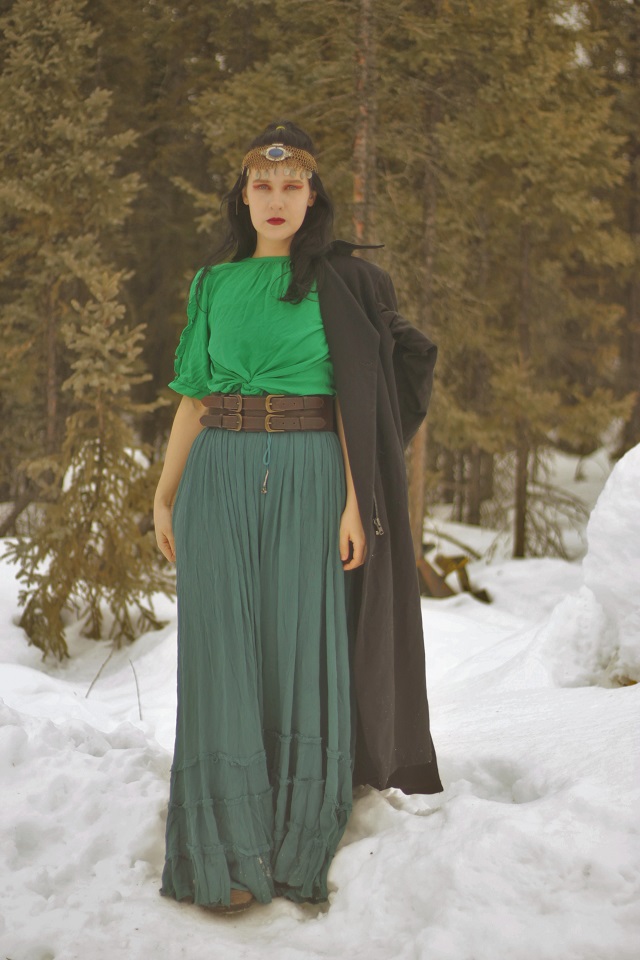 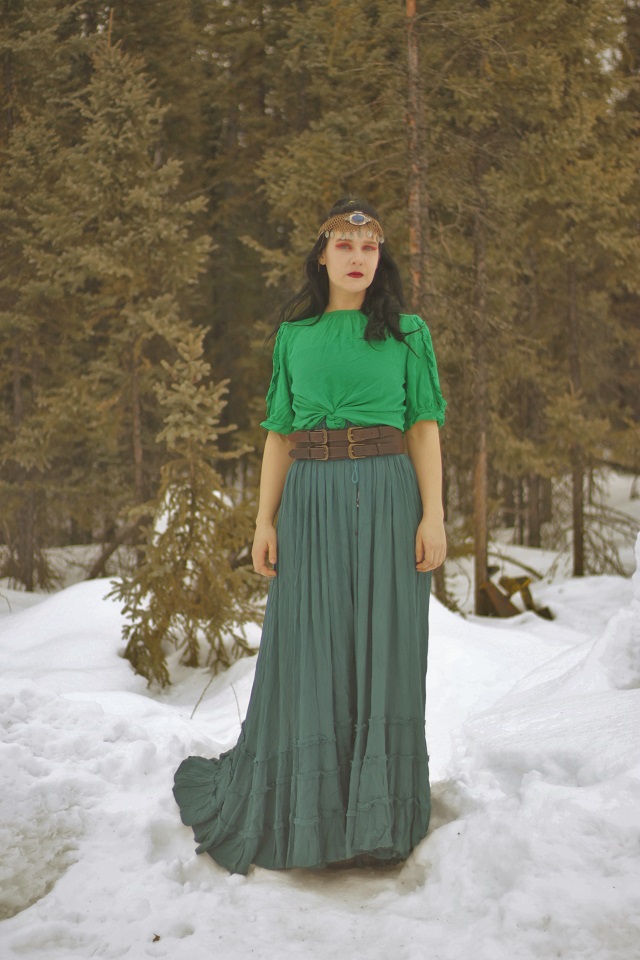 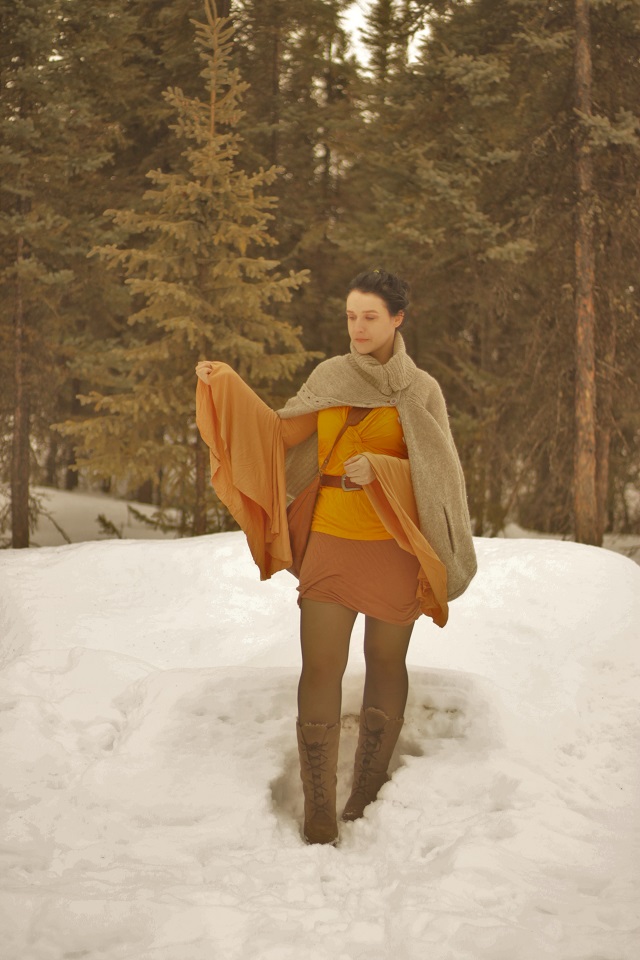 Ok, Air Nation was fun to channel, lots of breezy fabrics with the oranges and yellows and creams.  I went for practical boots, a cross body bag and a little cape.  I high approve of all the cape wearing in Avatar. 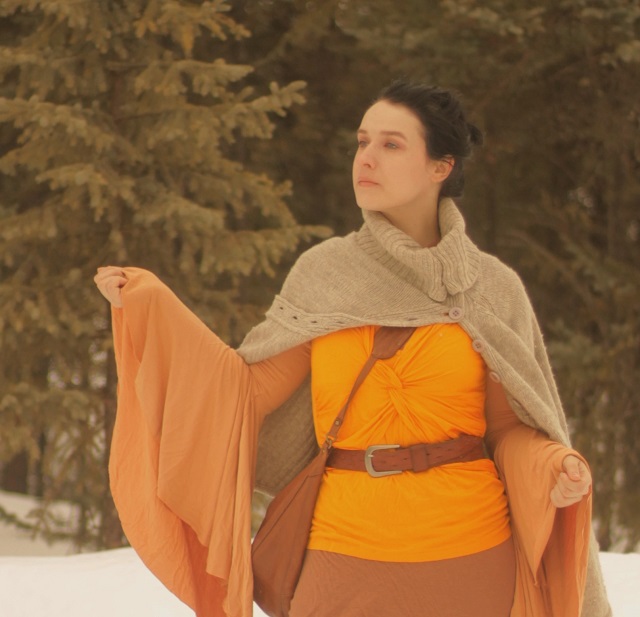 I did really light, soft makeup for this look, just some mascara, a little blush over the nose and a lipgloss. 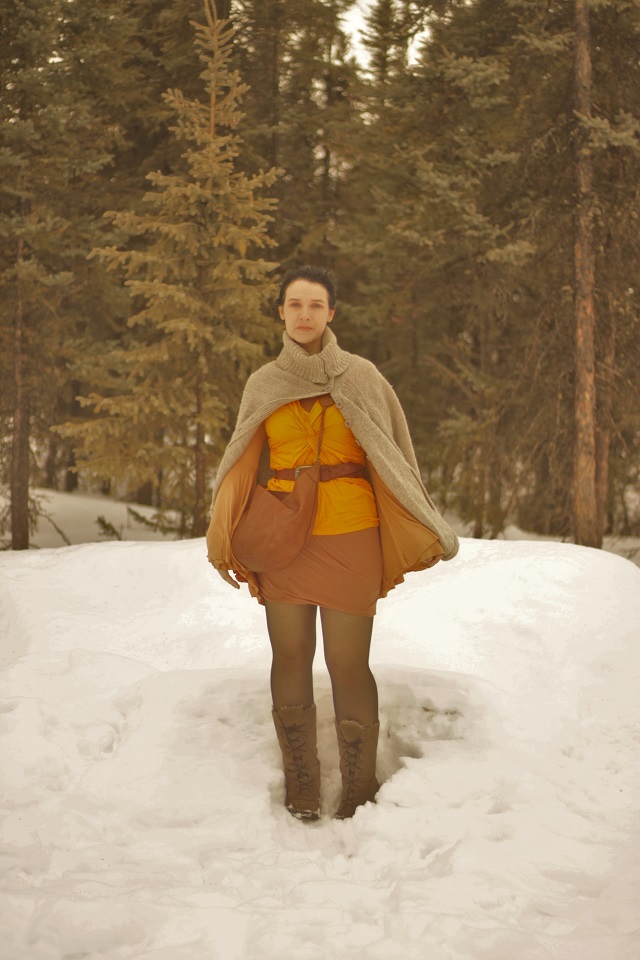 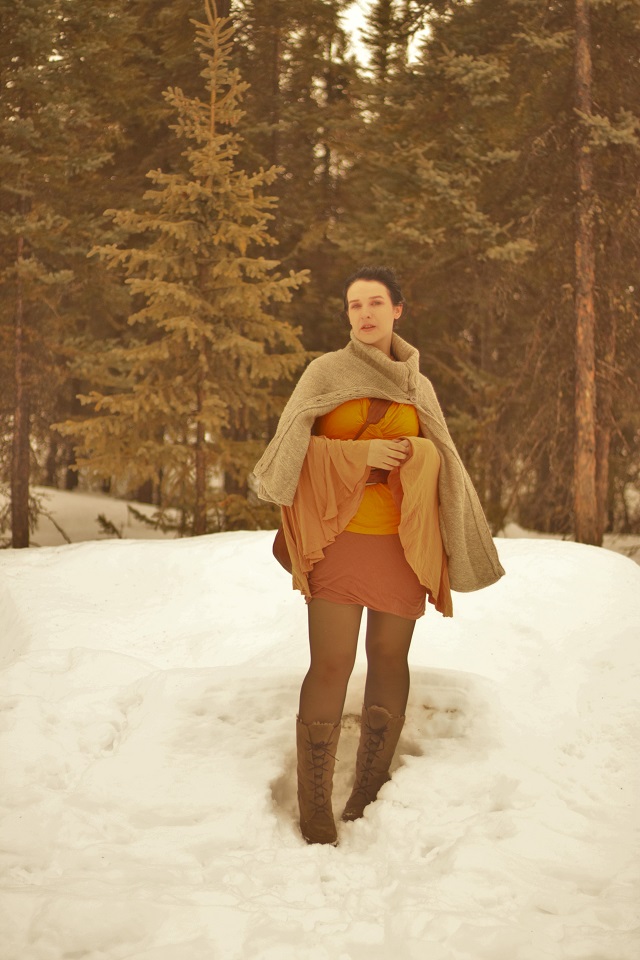 This wasn't the most written out post but it was a fun little challenge!  I think I will have to try to revisit it because there's so many possibilities and I think it's one of those inspirations where you can go full cosplay, really inspired or taking small elements from it and doing a sweater/boots kind of look.
Posted by katie at 6:35 PM