A Dash of Dark Summer Style 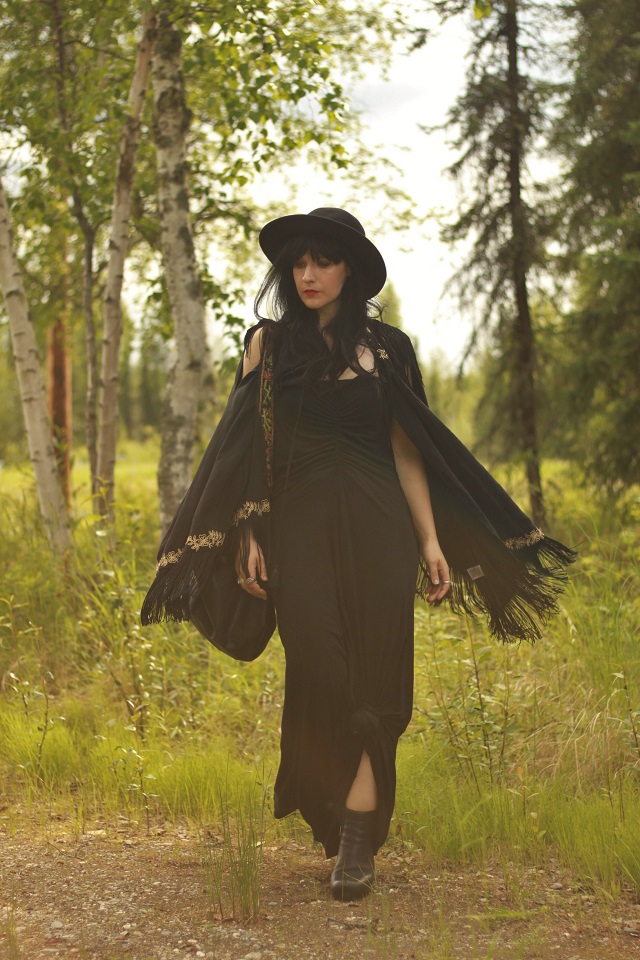 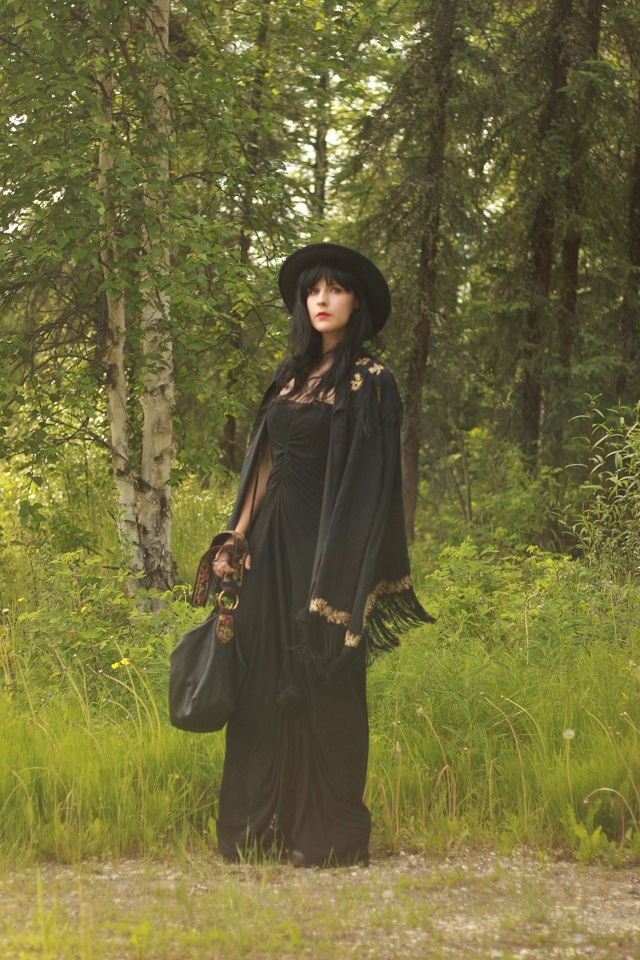 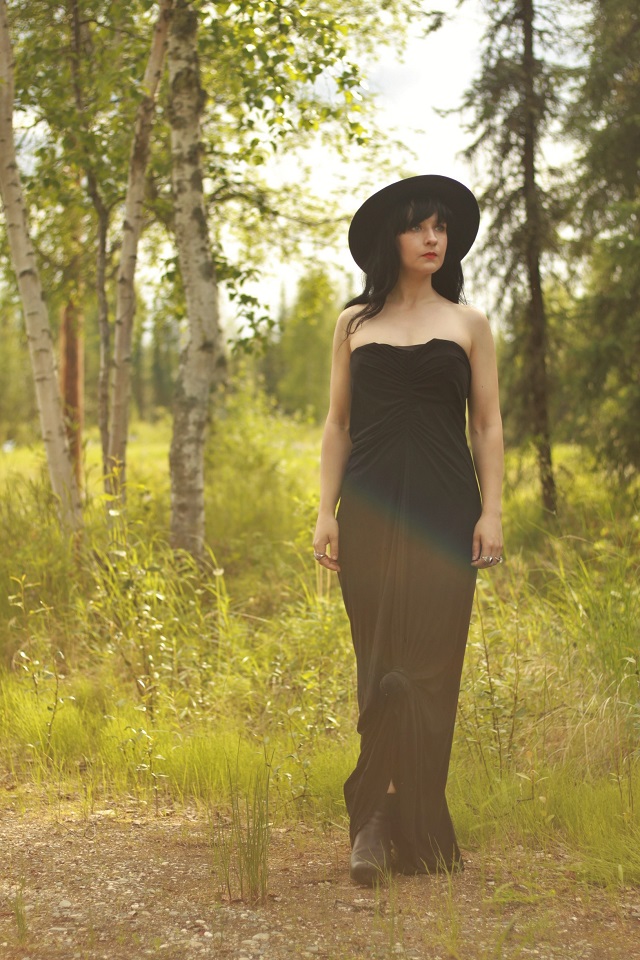 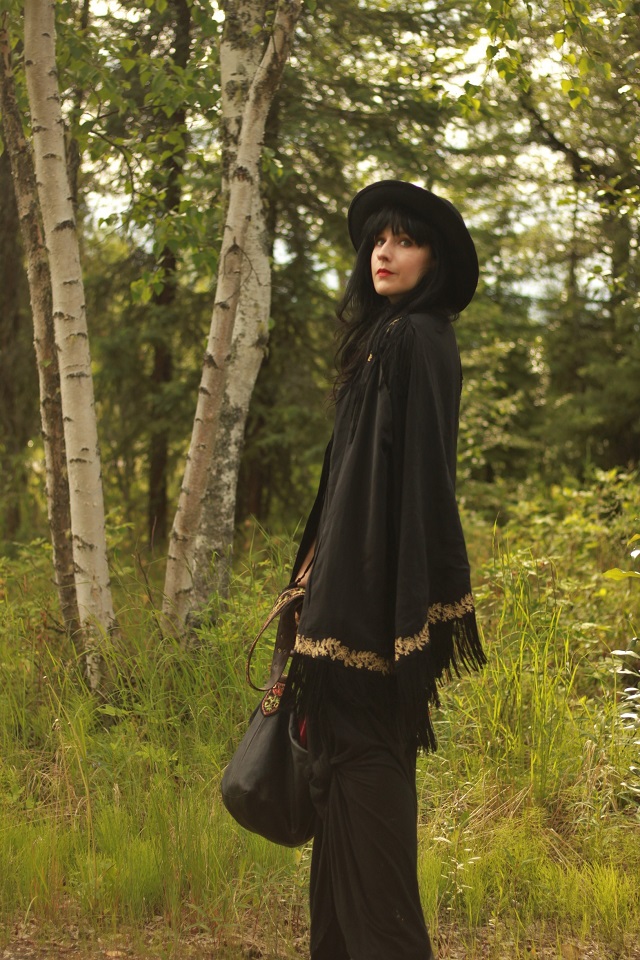 Time for the summer cape to make a return!  By dark summer style I suppose I mean mostly in colors as the styles from this week had quite a range of aesthetics!   This is more along the lines of dark romance with the Rick Owens dress and wedges and then the Winter Kate silk cape with all of the embroidery and fringe. 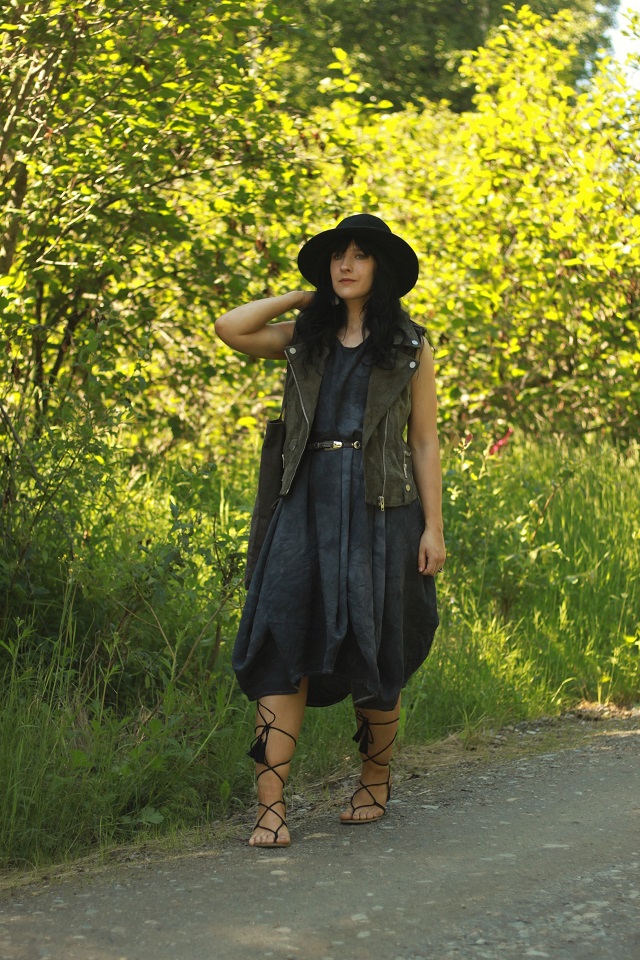 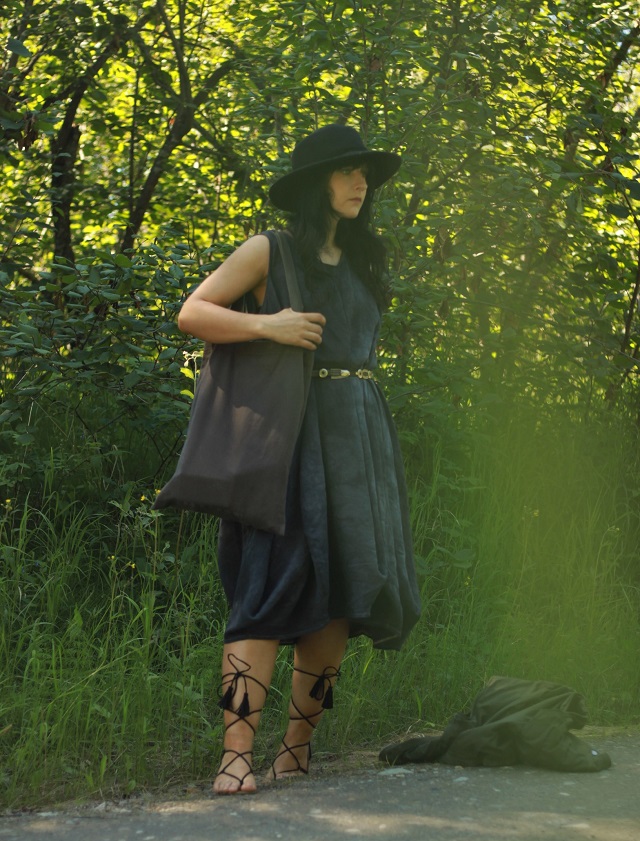 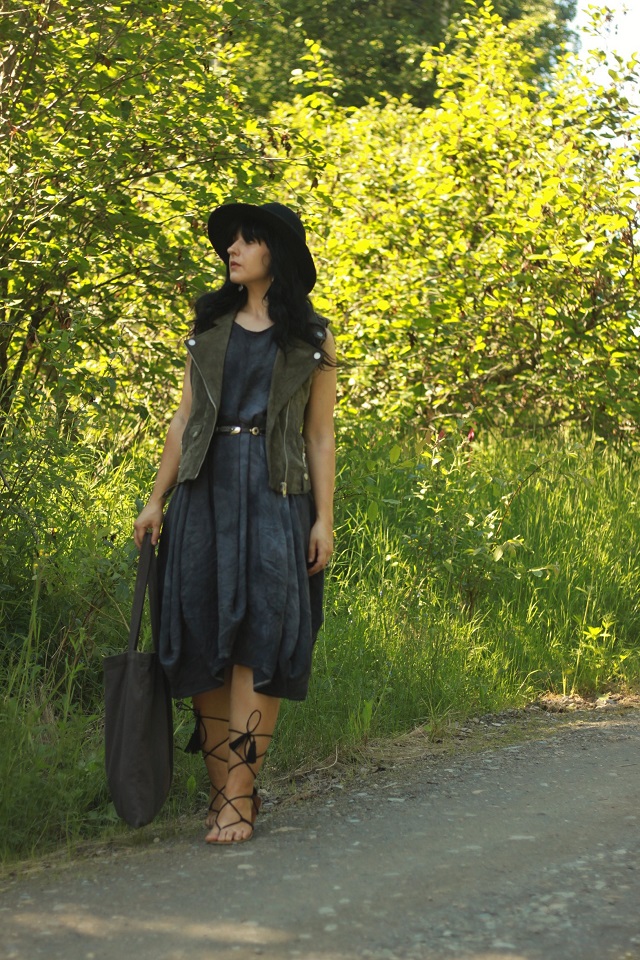 This is the white linen dress from last summer - I decided I wouldn't wear it that much with it being white so I dumped it in a bucket of RiteAid and turned it this molten gray.  I quite like it now with the darker color.  I wore it with the vest and some lace up sandals that like to fall down all of the time. 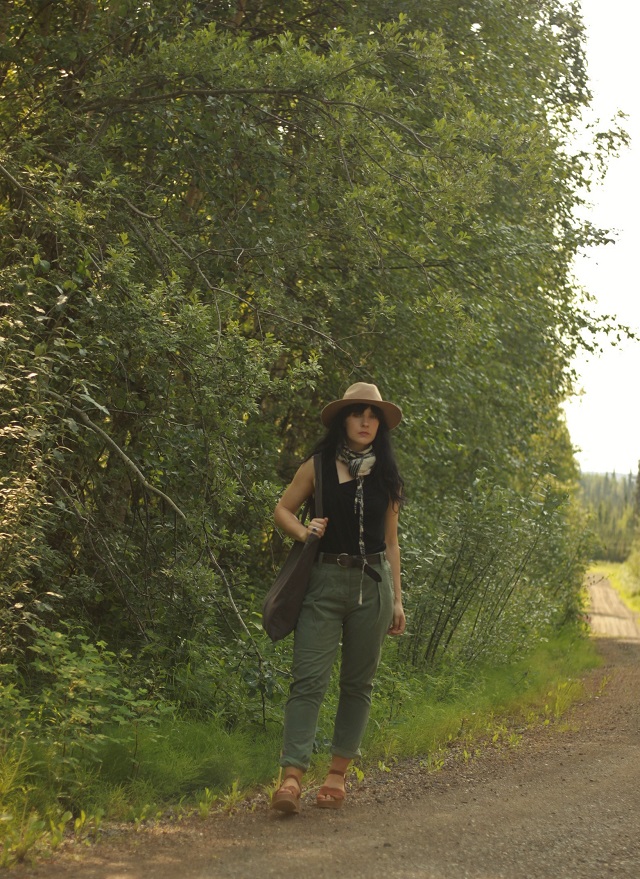 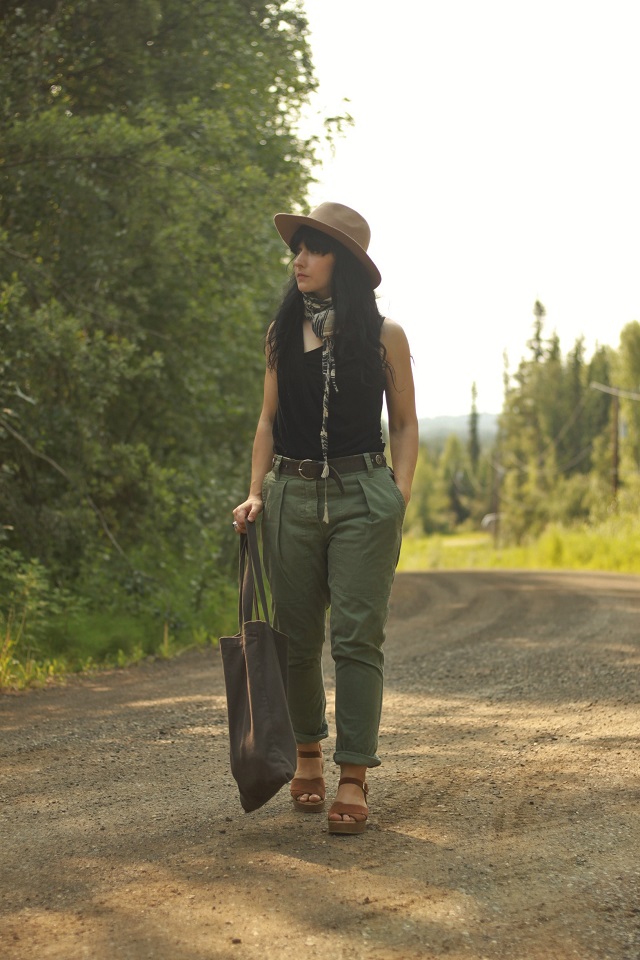 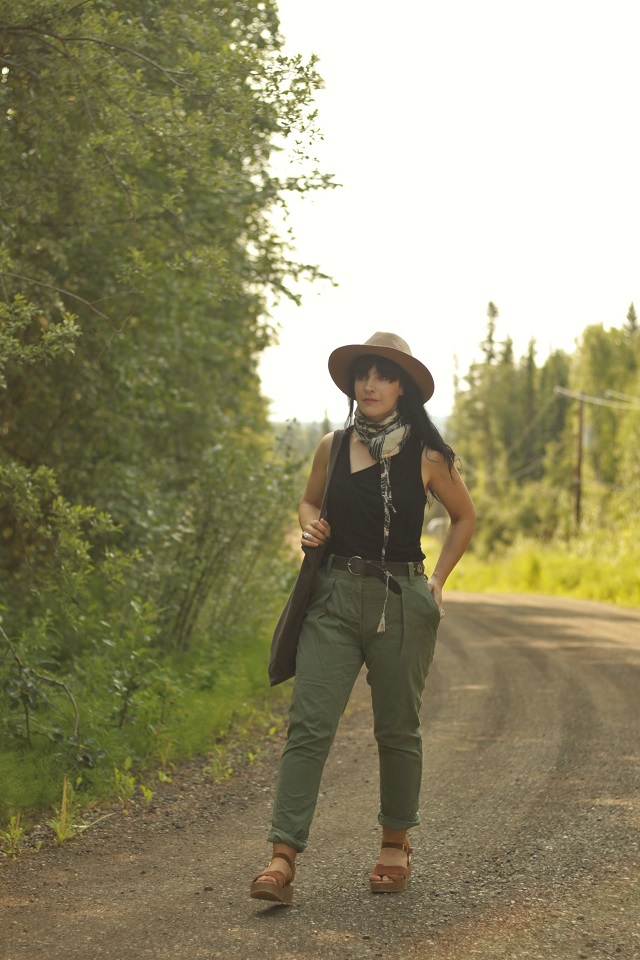 I started out with wanting to wear an outfit inspired by Tony Jaa's wardrobe from The Protector and ended up with this, which isn't even close. (Maybe with the scarf, I like how his scarves were twisted and wrapped in the movie and I tried it with this longer, thin scarf I have but again, not really even close.) Outfit inspo failure aside, I loved this look. 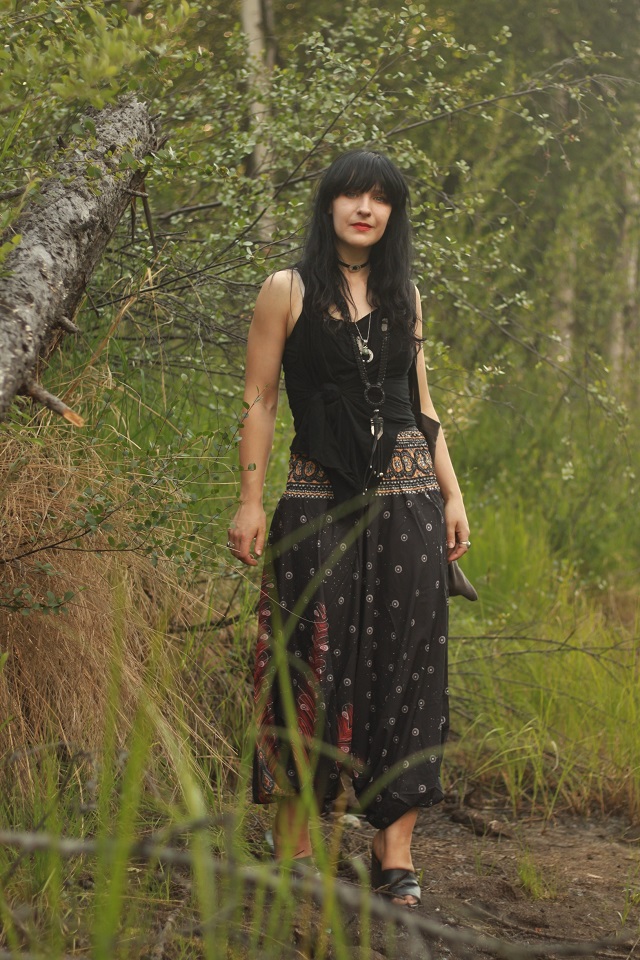 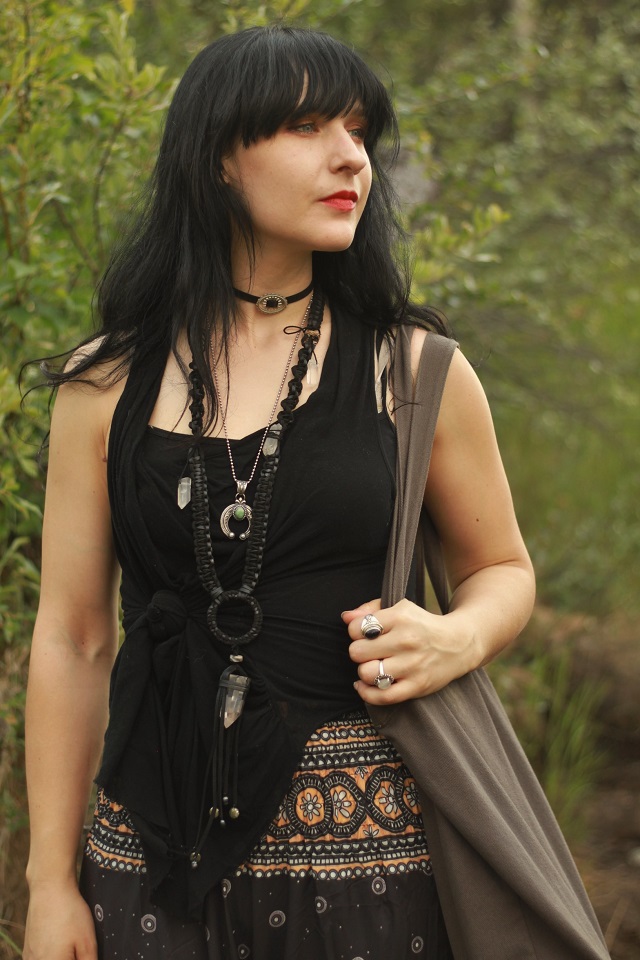 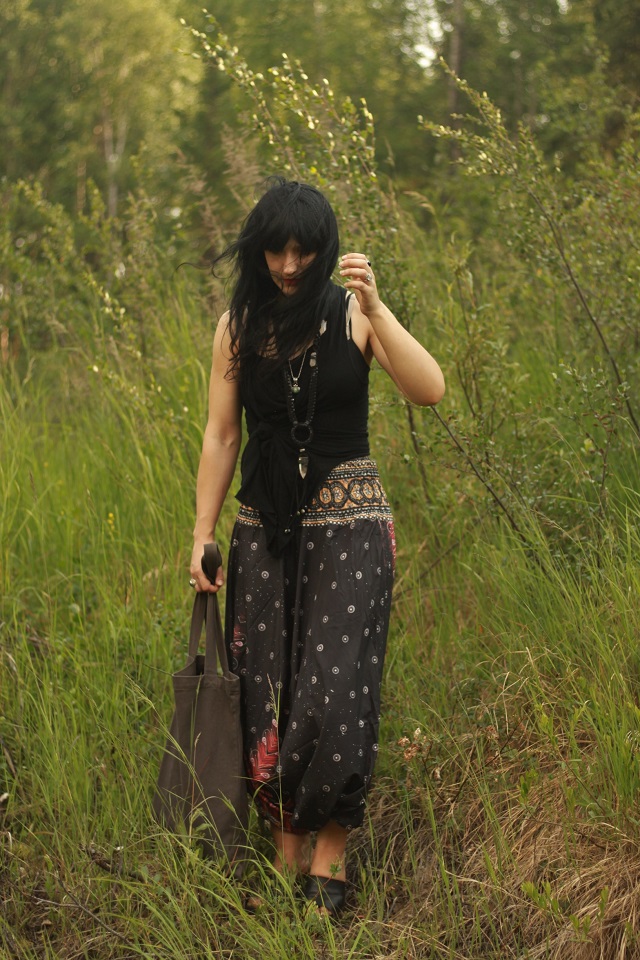 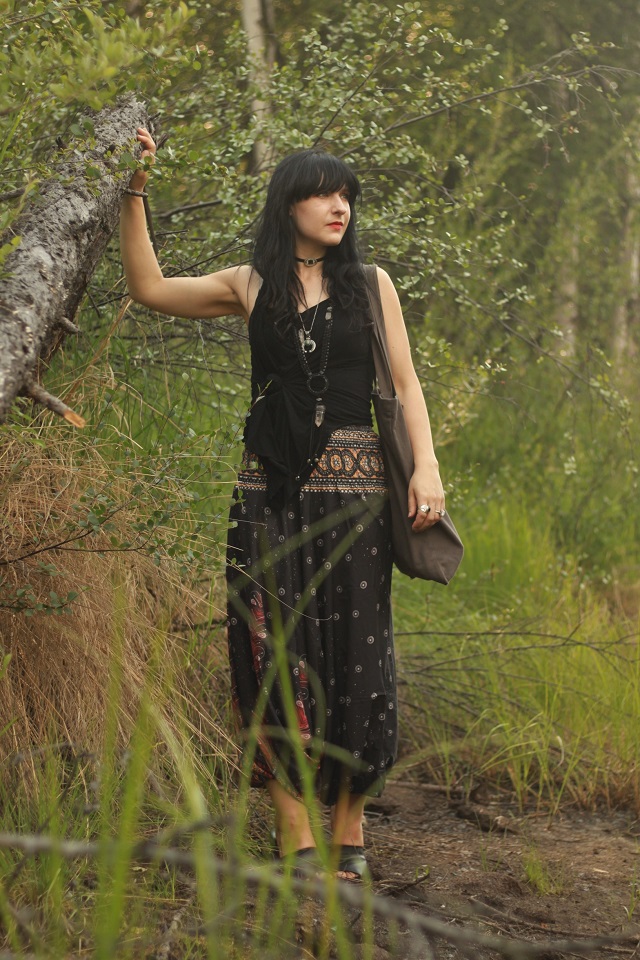 I've been trying some different pant silhoutes aside from skinny pants and this are just the best. 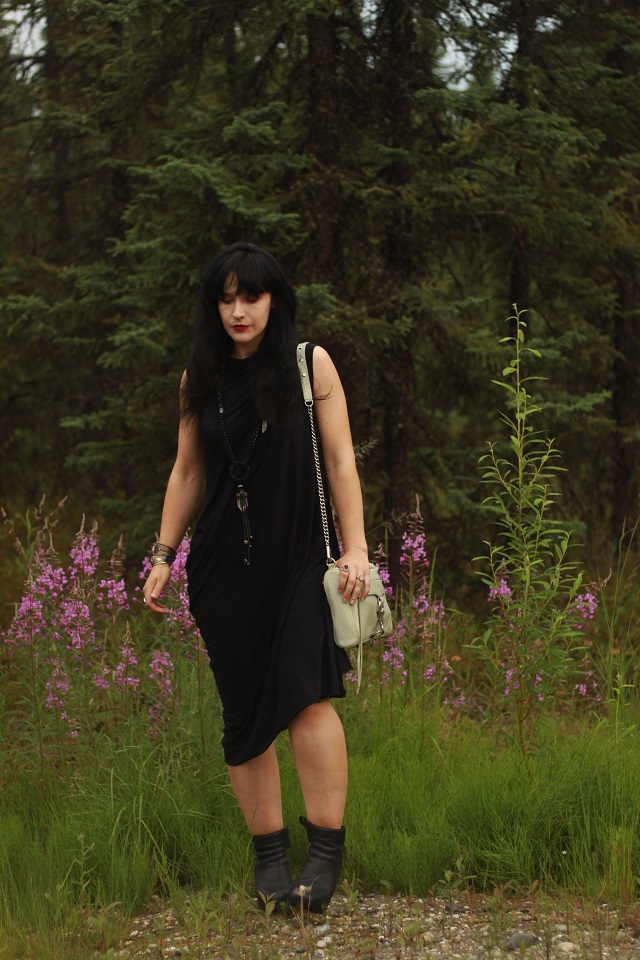 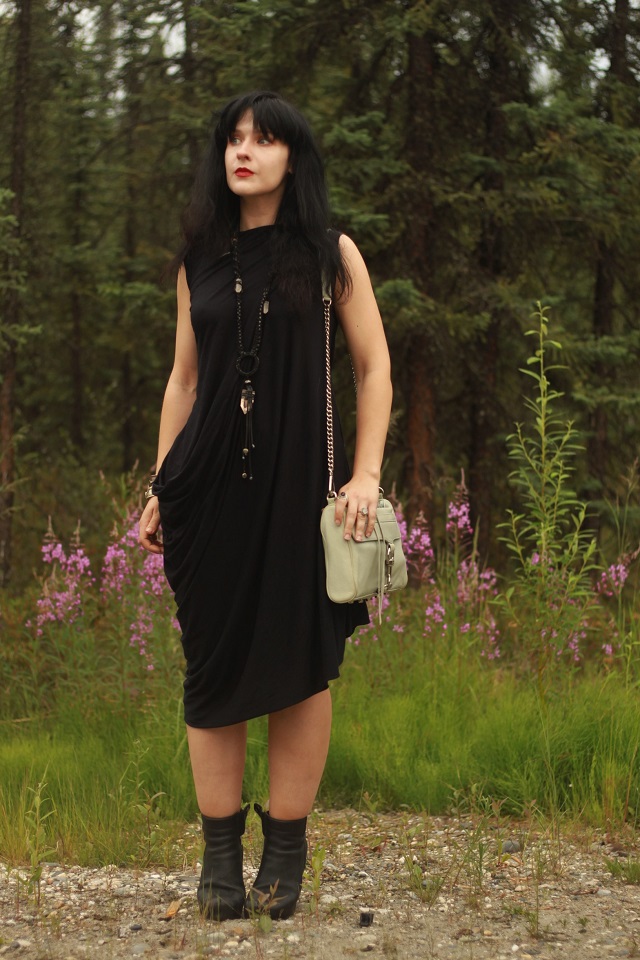 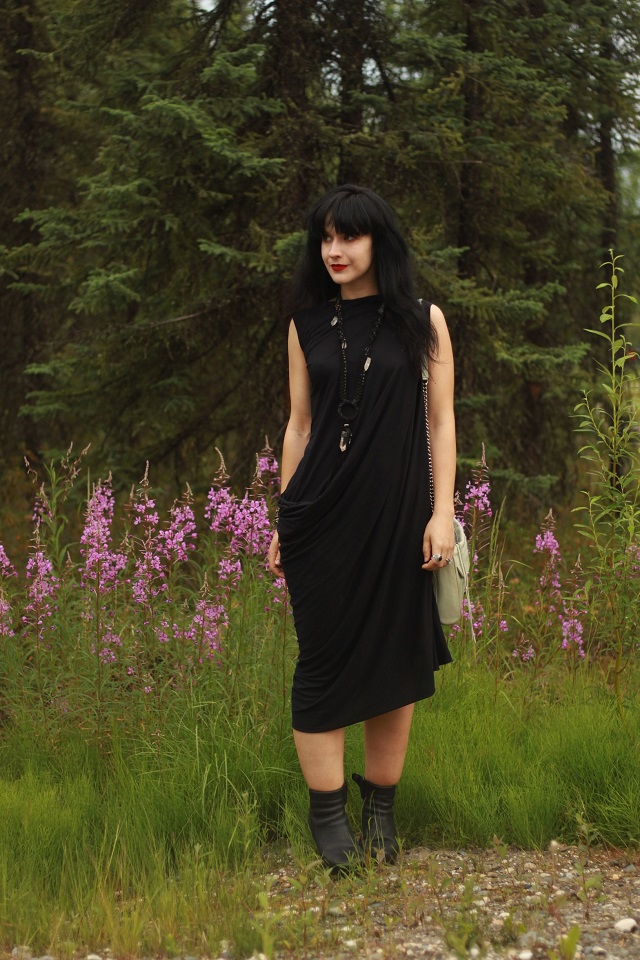 Just wearing a Rick Owens draped dress an a Rebecca Minkoff bag I found at VV for under $6. I know these bags are past their popularity but I like the shape and the snap and this one is a cool seafoam green. 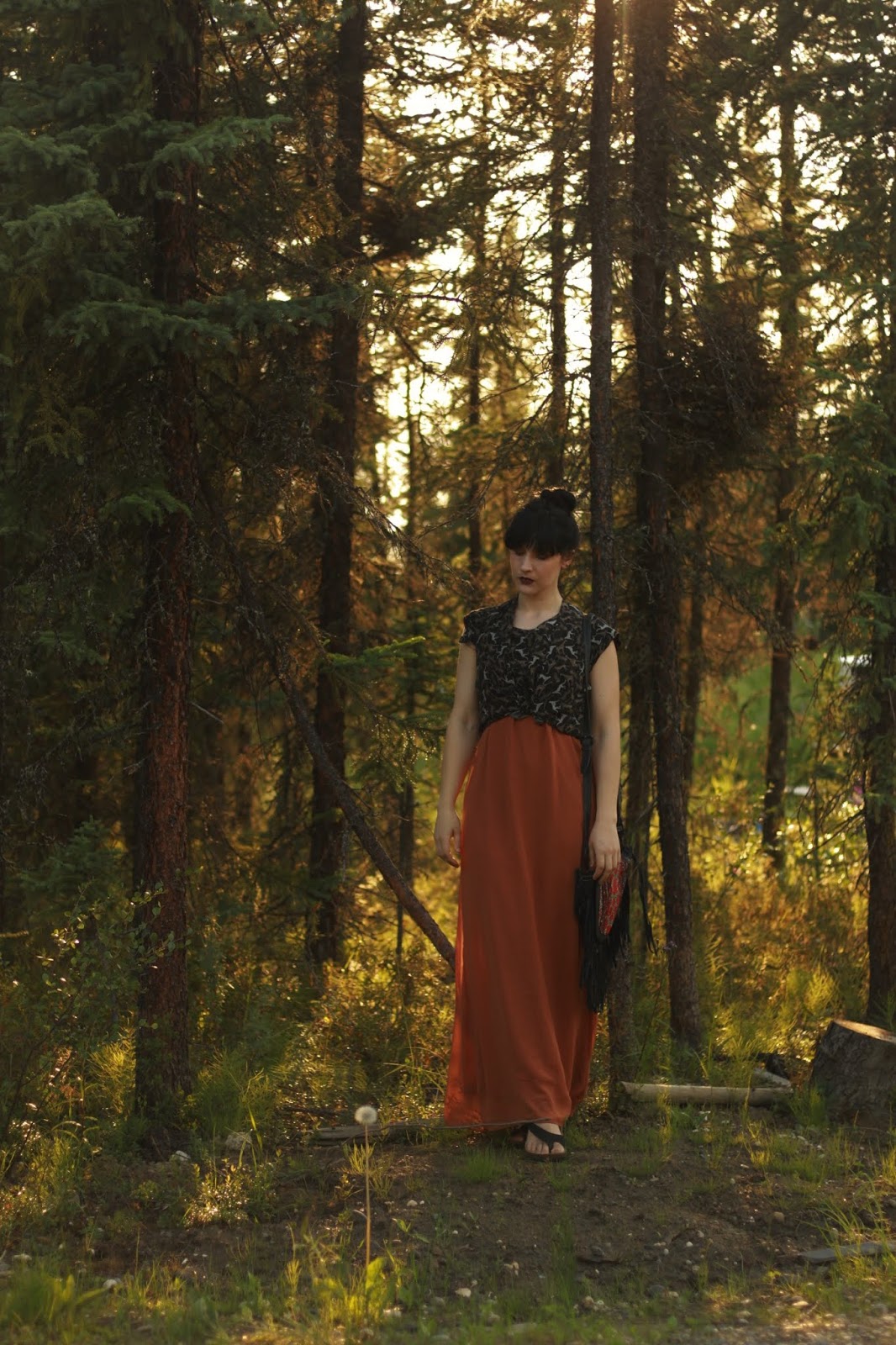 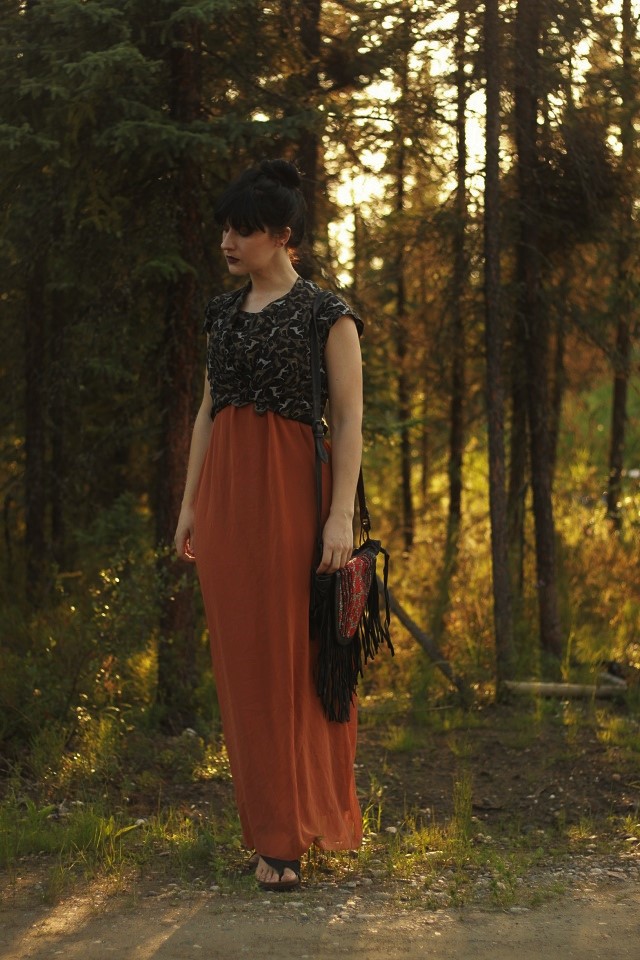 Wearing a literal animal print today - this is a Joie top from 2013 and has zebras, tigers and all kinds of animals on it.  I tied it over an older F21 I thrifted a while back and some birks.   It was really hot and I didn't want to wear all black so this was a nice, floaty option that still had visual interest going on but felt a little more in line with the dark summer look. 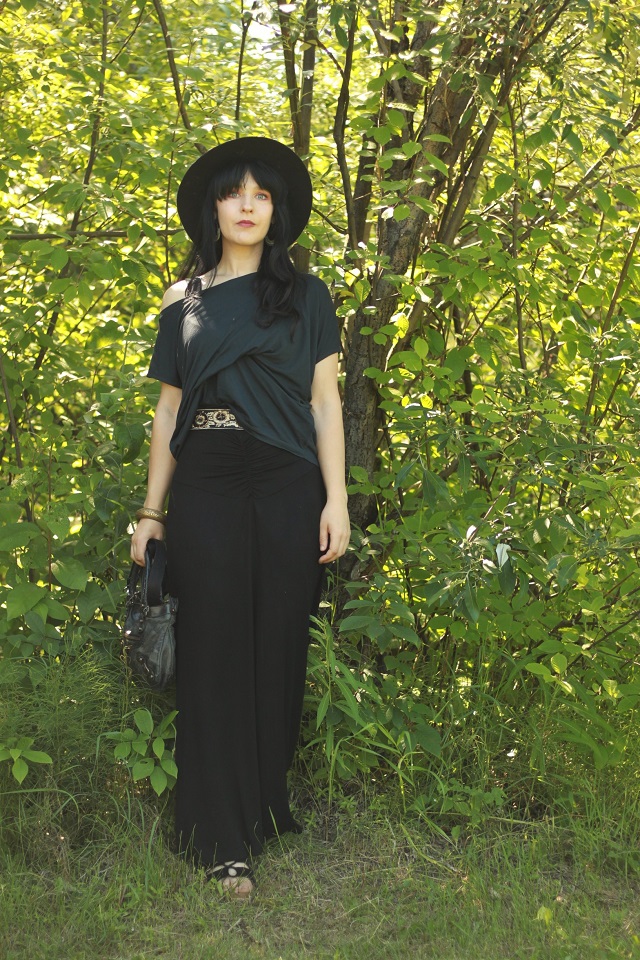 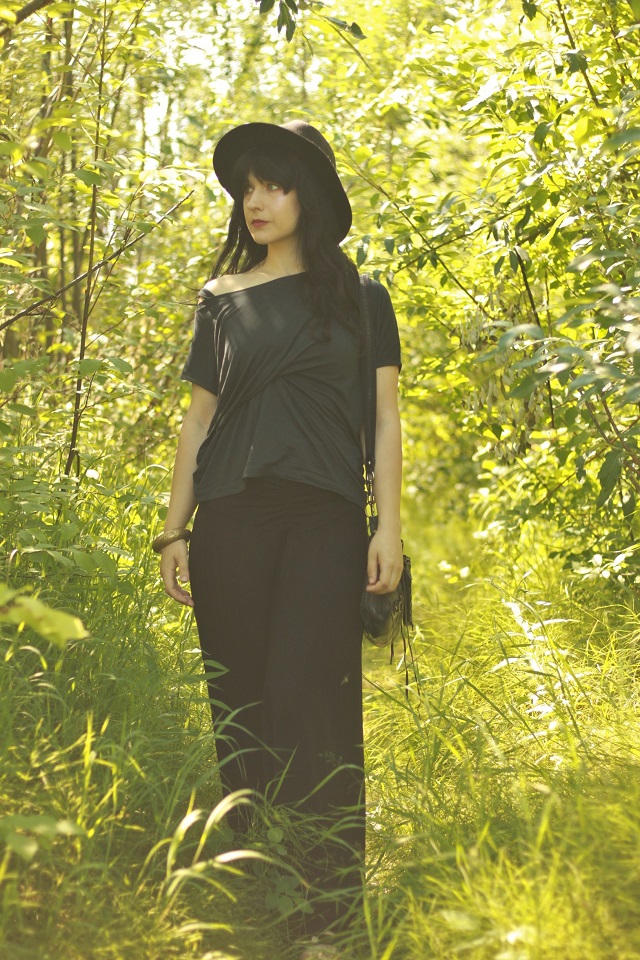 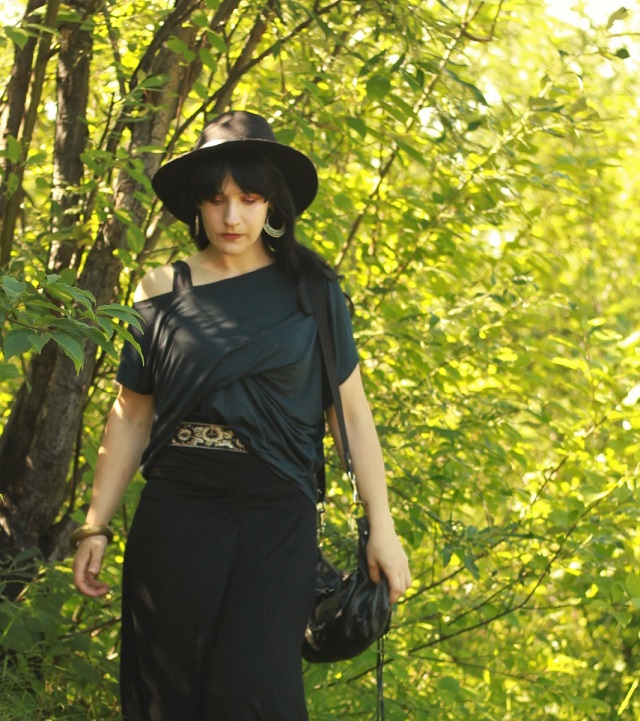 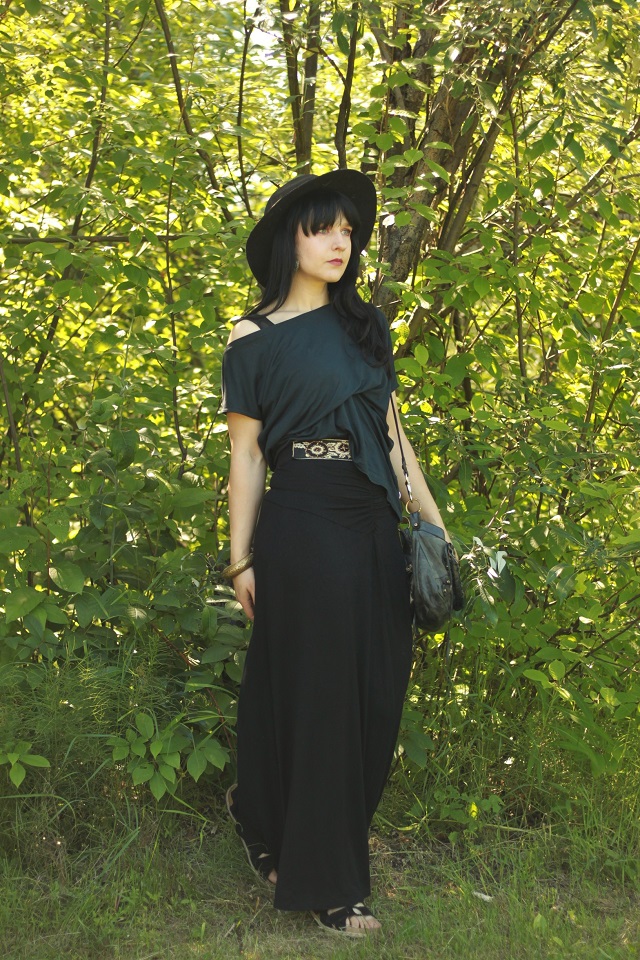 I loved this outfit and took awful pictures, there was no shade anywhere.  It is just a draped top and a maxi but I liked the little touches of the big earrings with belt and then the  drape on the top and skirt. 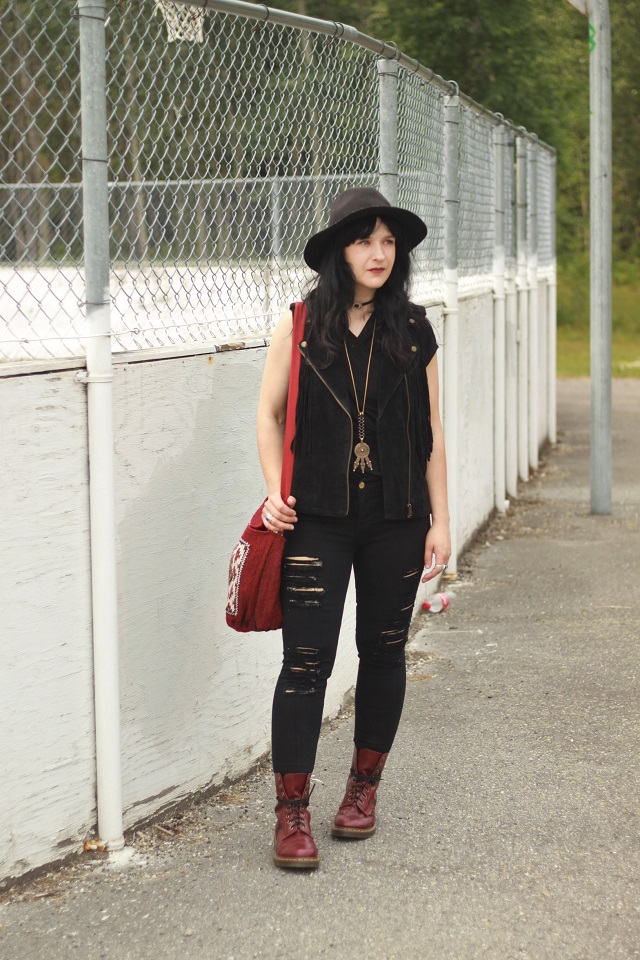 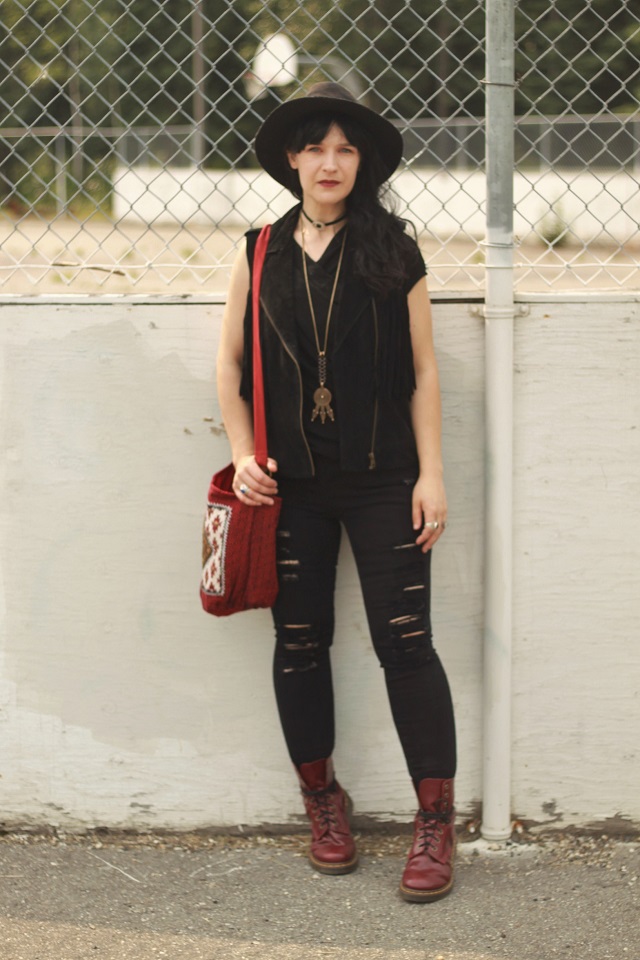 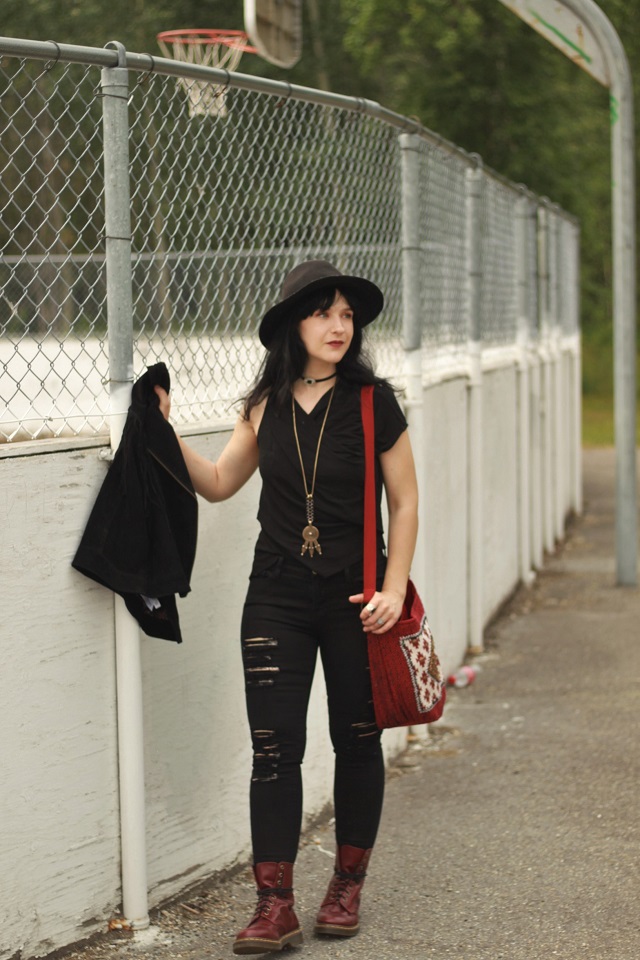 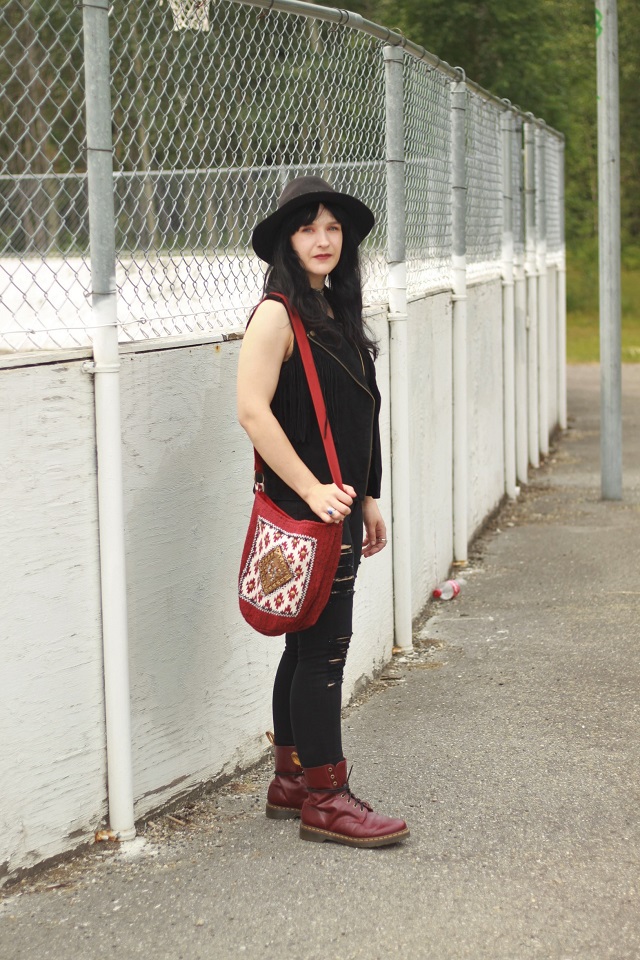 Like I'm on Lookbook in 2011 guys.  Haha, I haven't worn my red docs in a while and I found a pair of ripped black jeans I actually like at the thrift store so the whole look came together. I liked how the fringed vest and the bag brought in the western touches I like while the drape of the top pulled in the darker vibes. I usually keep my styles separated within their genres but I like a little blending as well.
Posted by katie at 4:26 PM