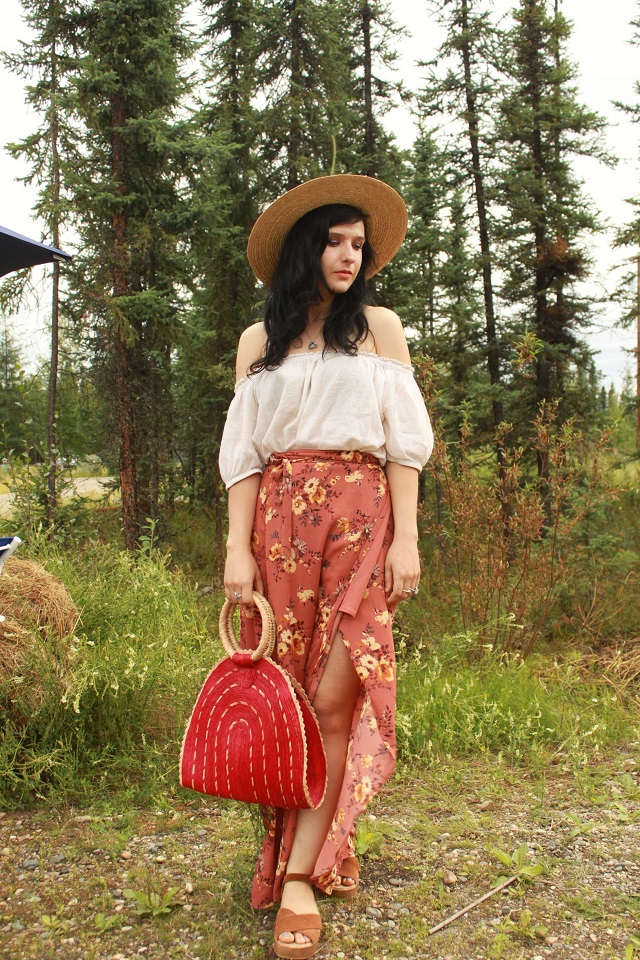 This thrifty outfit was a little more than usual, mostly because I threw in my AEO straw hat I bought a few summers ago.  That said, I wear this hat a ton during the summer and it's great for not getting heat stroke so I've got it's cost per wear down quite a bit.
I know a lot of people look down on mall brand second hand but being from the Interior of Alaska where we don't have access to any of that, finding Banana Republic of Forever21 use to be A BIG DEAL. It was fun finding brand that other people talked about and finding Zara was like whoa, nice!
In the Interior we still really don't have access unless we make the 350 mile trip to anchorage or order online (which means we pay through the nose for shipping.  Free shipping?! what is this magical thing people speak of?) so I still get a little excited when I find older Banana Republic.  They had some nice cashmere back in the day!  I don't get excited about F21 but I also don't rule it out instantly like many other thrifters in the online community - I've found some items that were nicely made that I've worn for years and I have a fairly good idea of what I like.  This skirt was one of those purchases back during our cold spring and so fair, It's about 20 cents per wear - it's been a great summer skirt that goes with lots of my tops, it's cute, the lining is decent (which how many skirts even have linings these day?) and the seams are solid.  To me personally, I'd rather buy second hand for something that people might throw in the garbage as opposed to buying a Reformation skirt from the store, paying more and creating the demand.  It's probably not in line with the ethical community but it's my way of being ethical in my clothing.
Posted by katie at 2:00 AM