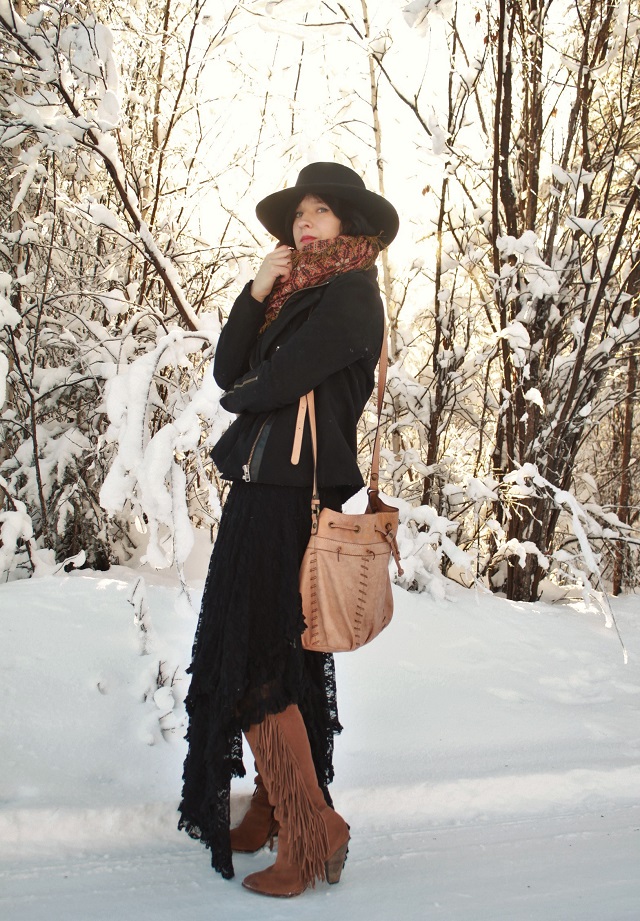 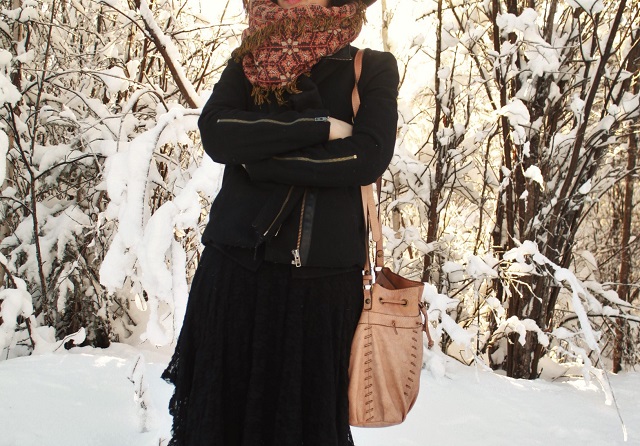 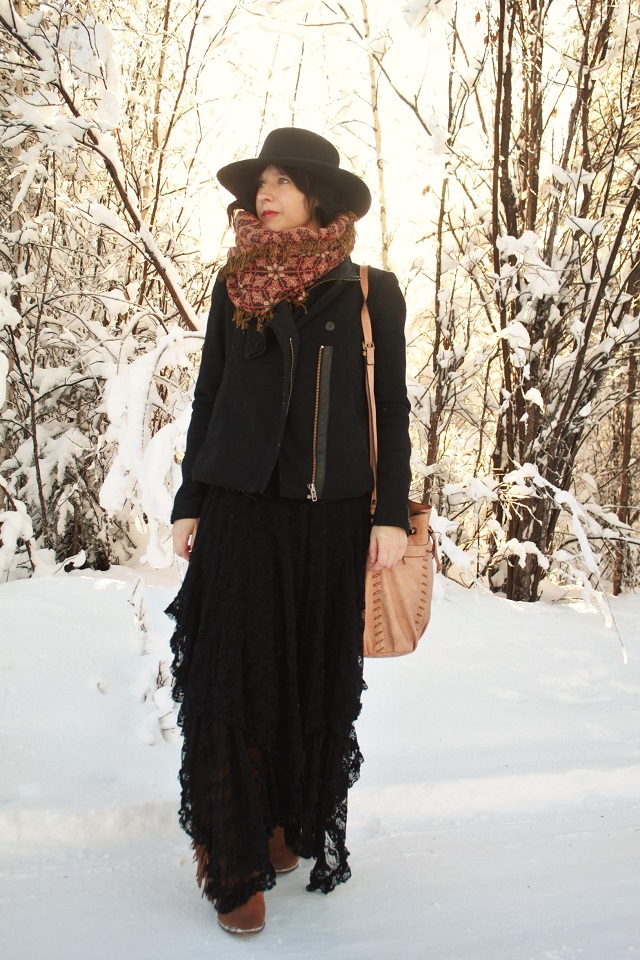 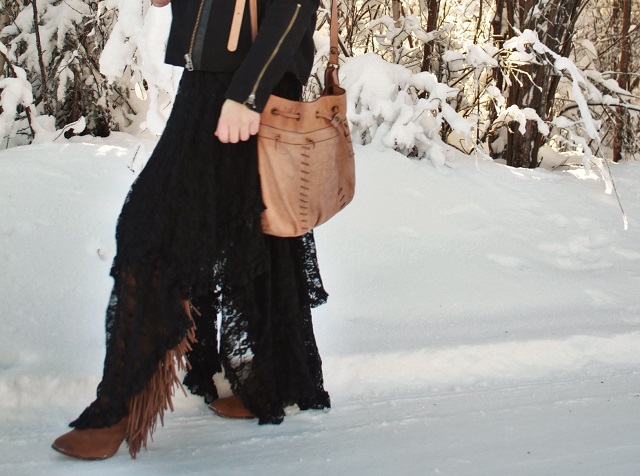 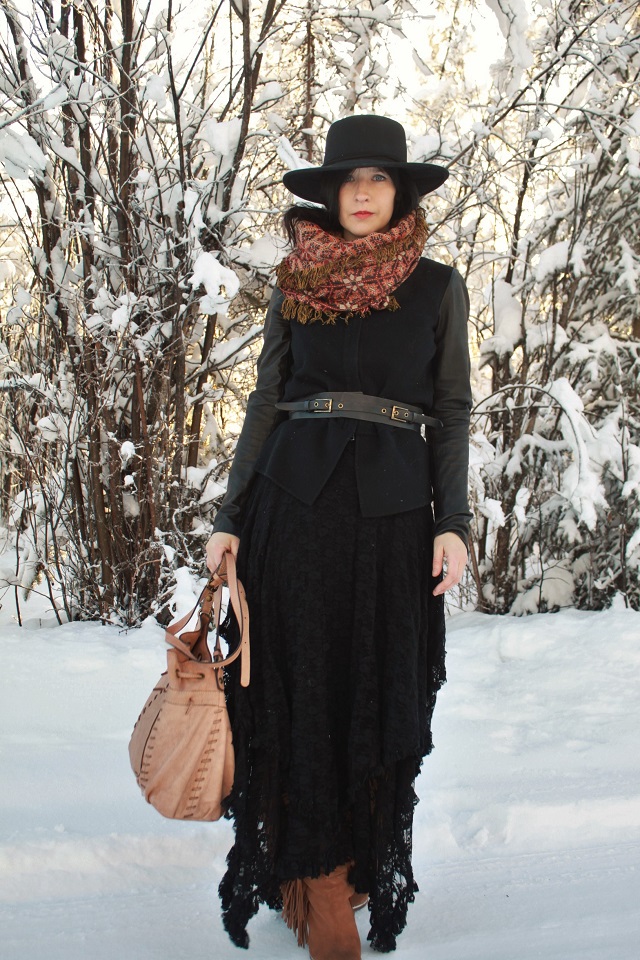 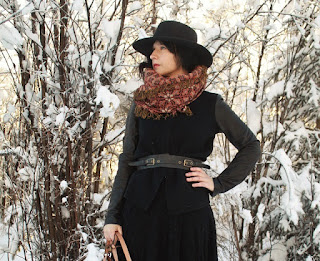 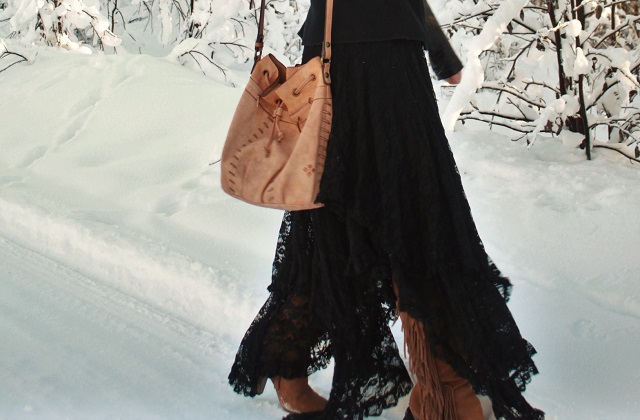 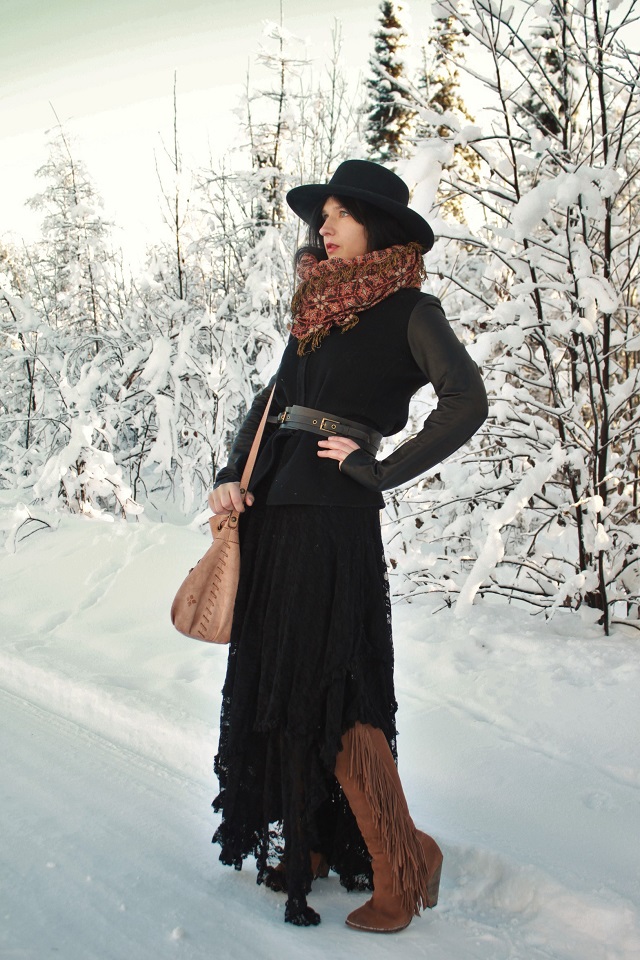 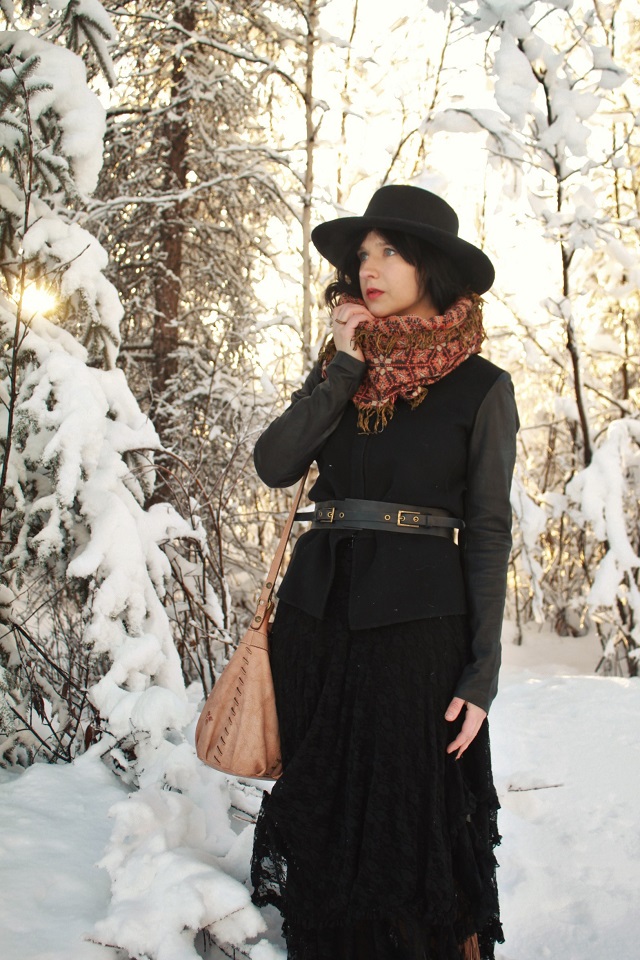 Well,  said I was going to wear these boots more and I meant it.  I also meant it when I said I either needed to go super simple or super over the top with styling them and uh, over the top it is! I kept the colors simple with all of the black as a base and then made sure the browns and the orange were warm tones rather than mixing cool and warm ton like I did the last time.  I also went with a high waist this time with the belted jacket to help out the proportion and illusion of longer legs.  This helped with where the boots hit me on the leg and kept the proportions of the outfit in sync where last time, I chopped myself up too much.  (The long sweater with the high neck gave m a long torso and then short legs which were chopped in half visually with the brown boots coming to the knee.)  I also just went with the western inspiration where last time, I was pretty half hearted about it.
I also like wearing this kimono as a scarf!  I think I've worn it far more times that way rather than as a kimono.  I just really like the pattern, weight and fringe and feel like in the winter I get more wear out of it as scarf.
Posted by katie at 2:00 AM