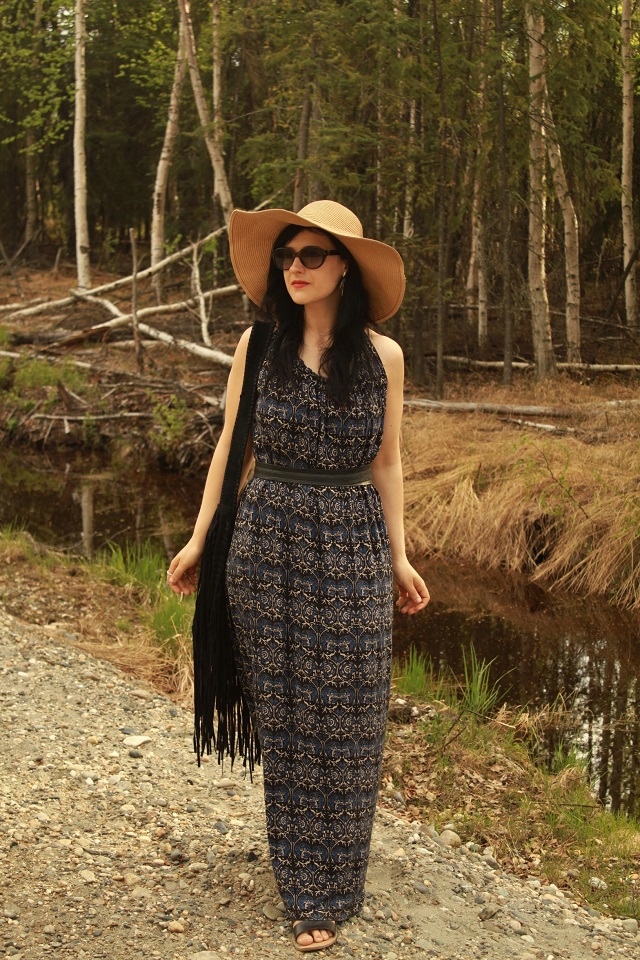 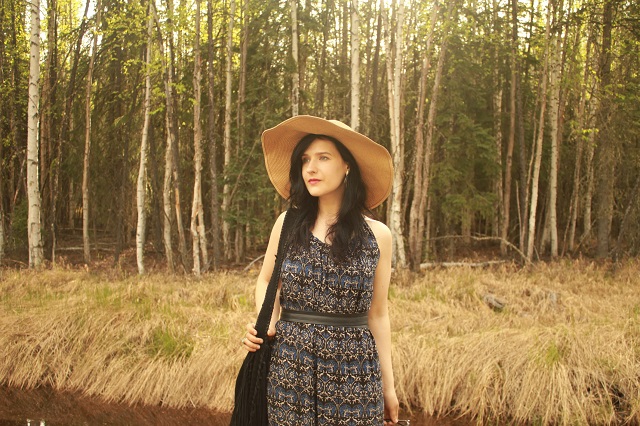 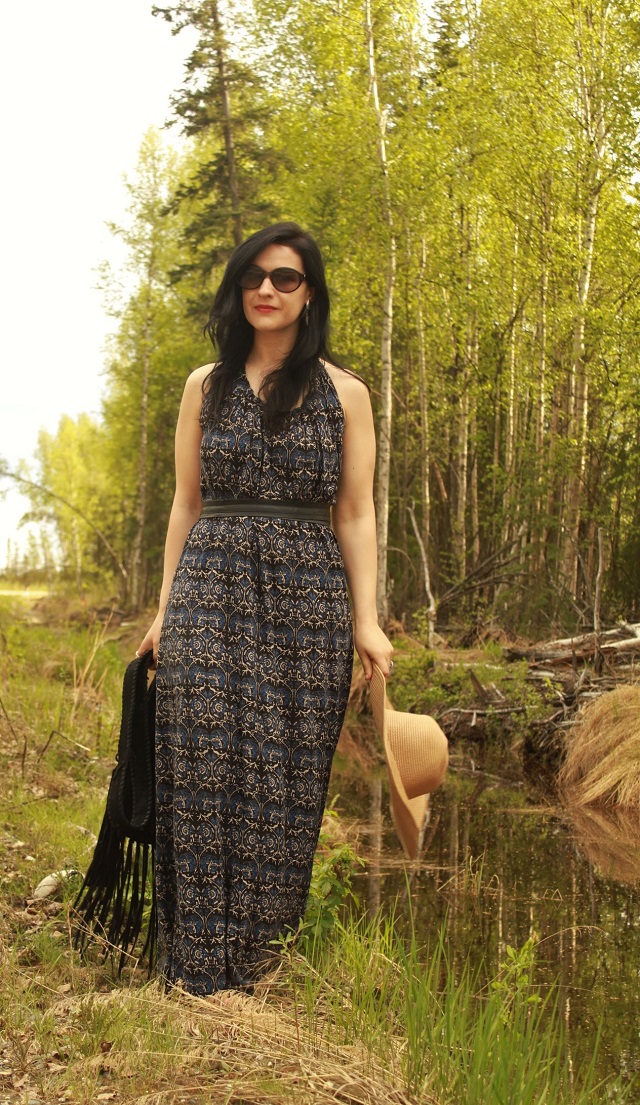 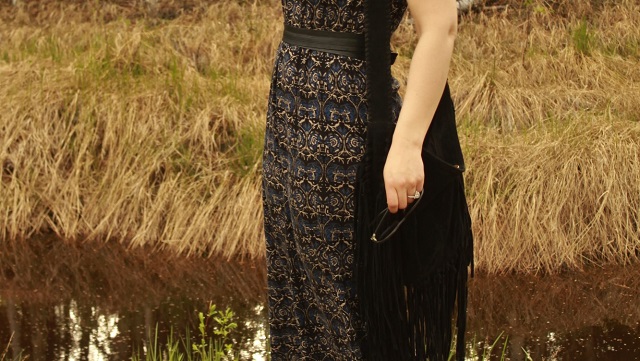 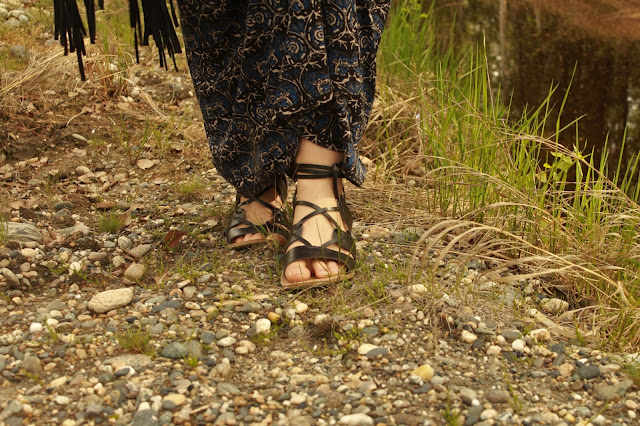 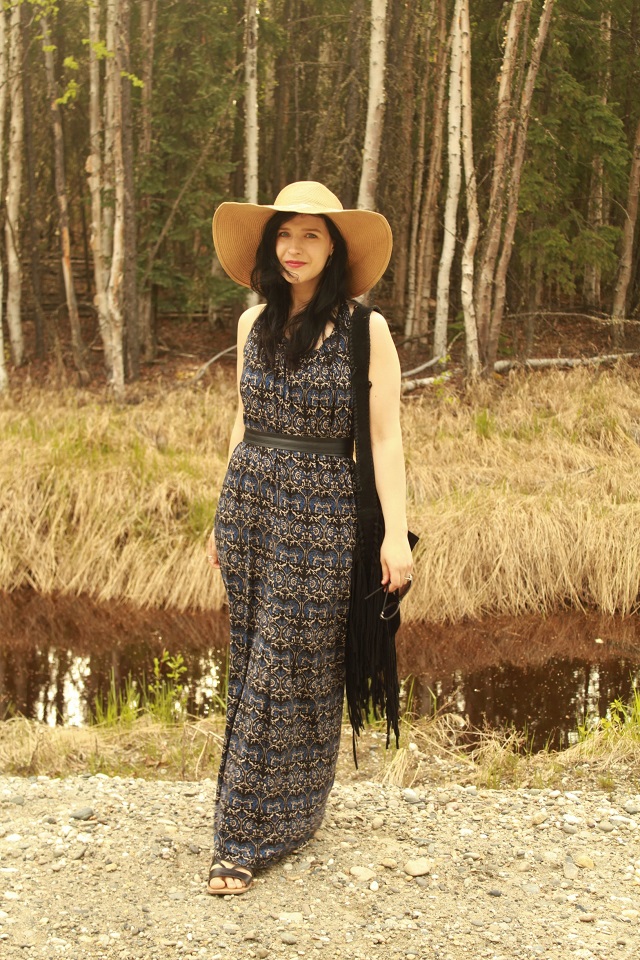 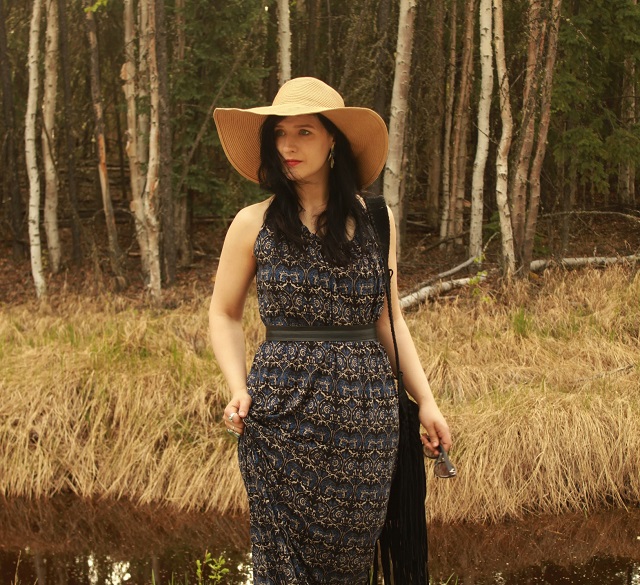 I bought these sandals three years ago at Old Navy and had assumed they'd fall apart right away.  Well, three summers of hard usage and they are not even flaking at the edges, a common problem with cheap shoes.  I really like these sandals and for not having any foot support at all, they don't kill my feet like other cheap sandals have.  I've been tempted in the past to upgrade to a "nicer" pair but I don't want to toss something out that still works so well - I'm pretty sure I have a couple years of wear left in them and if it's not broke, don't fix it.
This dress was $3.99 on ebay (including shipping, wut) and I looooove it.  That sounds goofy but after taking the straps up a little for a better fit, it's a dress I toss on all of the time.  (It's machine washable!)  The hat is the first hat I've bought in a while (aside from a new winter hat last fall) and again, for being Old Navy it is sharp.  The straw keeps it's shape and I just really like the shape of it.  I like having a lot of coverage in the summer from the sun and this one isn't quite as warm as my felt ones can be.
Posted by katie at 4:28 PM