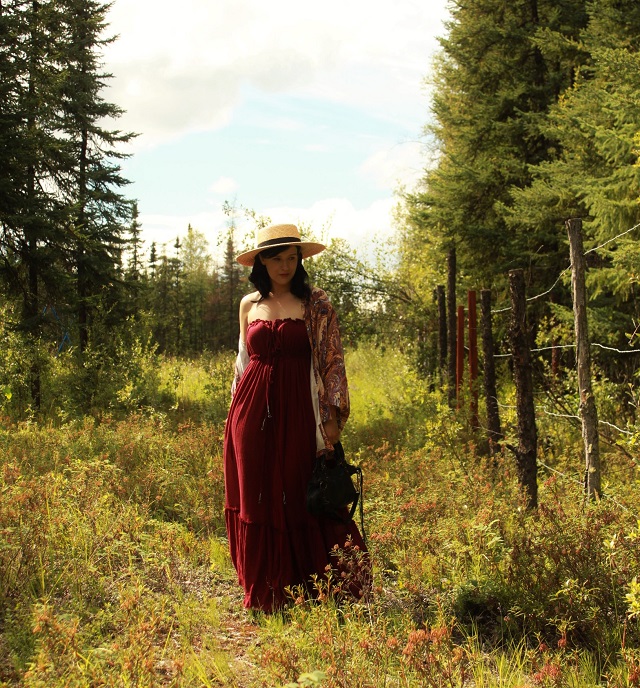 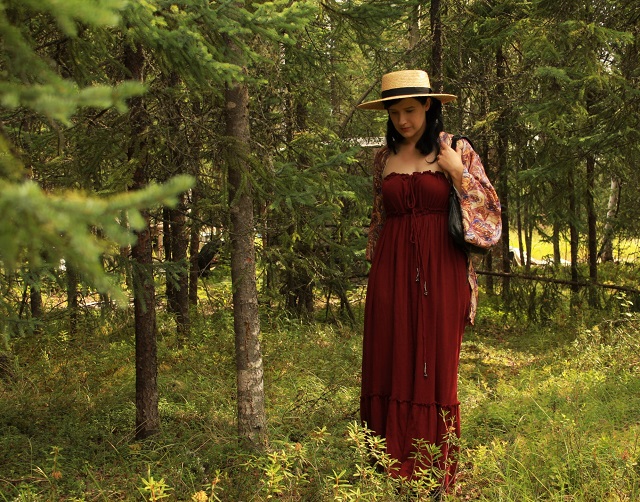 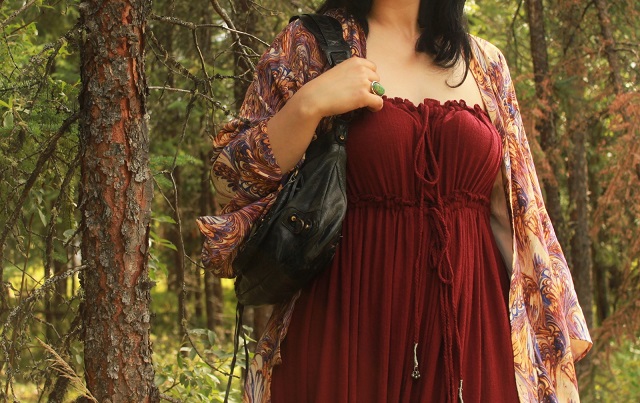 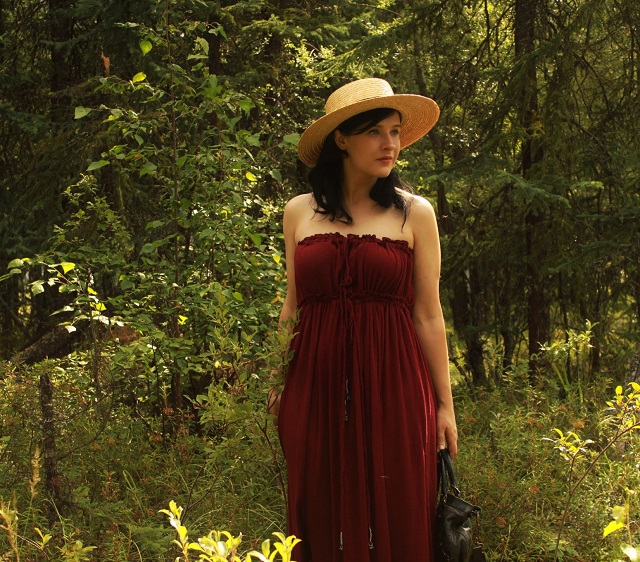 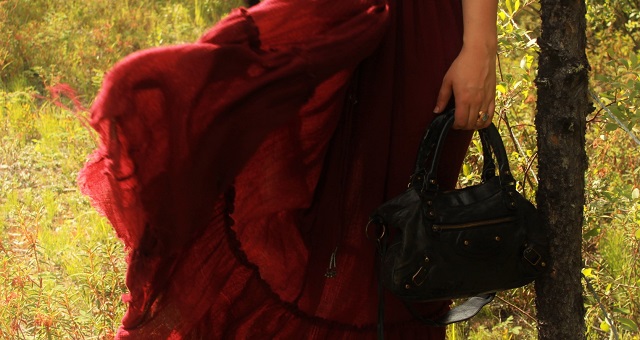 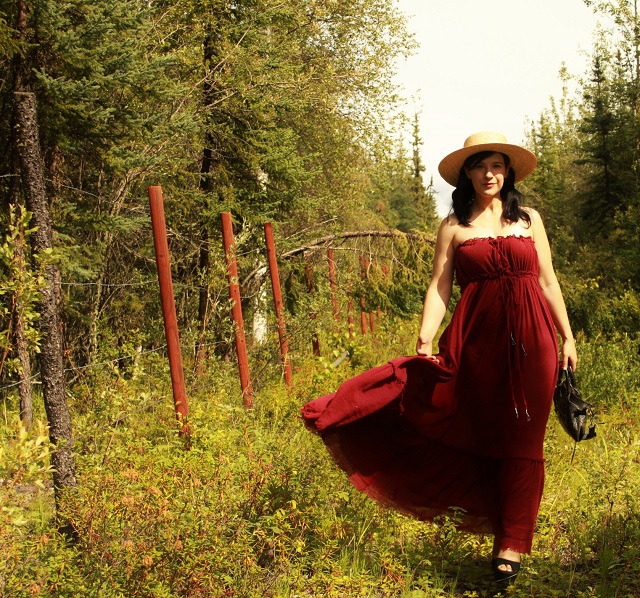 Another day, another maxi dress. I just repairs a pile a clothes I'd been meaning to get around to for some time and this dress was on the list. The last time I wore it a large hole tore right above the ruffle, partly due to the weight of the dress being too much for the delicate material and I'd kept putting off repairing it. I finally got around to it and really glad I did so, it's such a pretty dress. I like that I can wear the neckline a couple different ways, most of the time I tie the strings behind in a v but this time I wore it as a strapless dress. I also realized I'd been neglecting my kimonos like a crazy person, they're what I'd been waiting all winter for!
I've been picking blueberries like a crazy person this past week and a half - they came a little early tis year and are plentiful, much better than last year's crop.  Blueberries from the Interior of Alaska are actually the best Blueberries in the world and quite a few people make the trip each year just to pick our berries.  They. Are. Amazing. We've done pretty well and have gotten a little over 5 gallons and I'm waiting of the next round of berries to ripen up, hopefully I can pick another two gallons and we'll be set for winter.  We were able to almost catch our entire limit of salmon this year which is excellent for the state of our freezer.  Another fun fact, Cooper River Silver an King Salmon are the best in the world - I swear, when we flay ours out the fish look so amazing that you could eat them raw right on the spot!  That sounds gross but these fish are THAT GOOD.  We have to dip net them out of the Cooper River in Chitina which is super dangerous, the river rushes through a small canyon and has so much power and silt in it that it just drags things right to the bottom.  We always have to tie off when we fish and we usually fish in shifts so someone can stay at the (safe) camp with the kids.  Hopefully this year we can also catch either a moose or a caribou, meat is so expensive but the time it finally makes it's way to the tore shelves in Fairbanks that it makes a huge difference in our grocery bill if we can catch ours.  Plus, moose tastes s much better than cow!
Posted by katie at 3:00 AM