OF Sandals And A Chick Who Hates To spend Money On Them,

I think I might have set a record for me with longest title ever.  Yay?

I love shoes.  That's probably apparent from how many pairs I have but I've been trying the past year and a half to not buying so many cheap pairs and saving for a few nice pairs that hold up. One shoe style I've never had a large quantity of however is flat  sandals.  I just don't buy them.  I hate buying a shoe I'll wear maybe for three months out of the year and I loathe thong sandals with a passion so I just never buy any, not even the $1 flip flops. (Heeled sandals are another matter, it looking like I've had a serious case of BUY ALL THE HEELS! and that's something I've tried to really stop.)  Looking back through the blog I've only had six pairs over the three years of blogging with the majority of the pairs bought this summer. 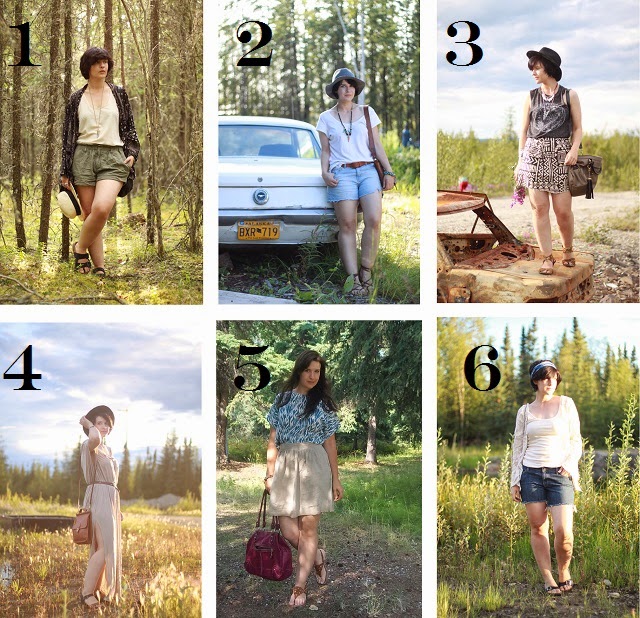 1. (Bertha) Birkenstocks
I love these sandals so much, I'd marry them if I could.  (but then there's that pesky husband and probably the legal side of marrying a shoe so I'll let it slid.) They are just as comfy as everyone says and they've been far more durable than my other sandals.  I bought these just to have a slip on sandals for doing chores around the house, gardening, running to Home Depot, ect and I have but a lot of wear and tear on these this past summer.

2. Colin Stuart
I really like how the lace up gladiator sandals look but I really don't want to spend much money on a shoe that I'll only wear 1/4th of the year.  I found these at  the thrift store, thought they fit ok and now, I hate them.  I really don't like thong sandals because the area between my toes where the thong goes always rubs.  I guess I had a brian fart and forgot about that and after wearing these once, I never want to wear them again, they hurt that much.  I donated them right back but I feel guilty for spending even $2.50 on a shoe I got one wear out of.

3.Minnetonka
I'm on my third summer of wear with these sandals and they're still doing great.  They're leather and they're pretty comfortable to wear all day.  I thrifted these for something really cheap, under $5 I think. I don't have a lot to say about these, cheap, comfy, fairly versatile.

4.Curfew (fred meyers)
Ahhg, buying sweatshop stuff, go me.  This style of sandal is on it's second (or maybe third, it's not like I'm on the cutting edge of fashion here) year of  trendiness and while I really liked the look of this style, I didn't want to  spend very much.  I ended up really liking the style and while these are now falling apart, I think I'll end up buying a leather version because they're such a great all around sandal.

5. MichaelMichael Kors
I thrifted these as well (see a pattern) and while I liked the style, they also weren't the most comfortable sandals very, thanks to that pesky thong.  They broke last year so I got about one year of year out of them.  I bought the Birks to replace this pair because I wanted a simple slip on style and had decided not to go with another thong style. (Except when I was stupid and forgot.)

6. (Tula) Birkenstocks
I love my Bertha Birks so much I decided to get another pair, after looking at all of the styles I like ended up liking the simple Tula the best, it's almost delicate compared  to the other styles and while I don't love them as much as the Berthas (mostly because with the one strap I feel like they'll fly off if I run) but they're simple, cute and best of all, comfy!  I will admit, I think Birks are cute, I like the look of them, they're simple and minimalist and I don't know why everyone keeps saying they look like boots.  But I have strange taste, so there's that.

Looking at the styles I lean towards, I like straps across the foot and sandals that buckle with black and brown being the only colors.  I like simple and embellished  sandals and in order for me to wear them, they have to be comfortable.  Currently I have three sandals I wear regularly with two pairs broken(The Michael Kors have been thrown  away, the Curfew are pretty trashed and the Colin Stuarts have been donated back) and all of them are sandals I really love.  Like I said, I might buy the Madewell version of the  Curfew sandals because I really like the style and they're very versatile but eh, maybe not.    I do want to know how it is for everyone else though, do you stock up on  summer sandals or do you save for your winter shoes?  I'm noisy and always love seeing  what other people's shoe wardrobes look like and the thought that goes into which  shoes you buy.