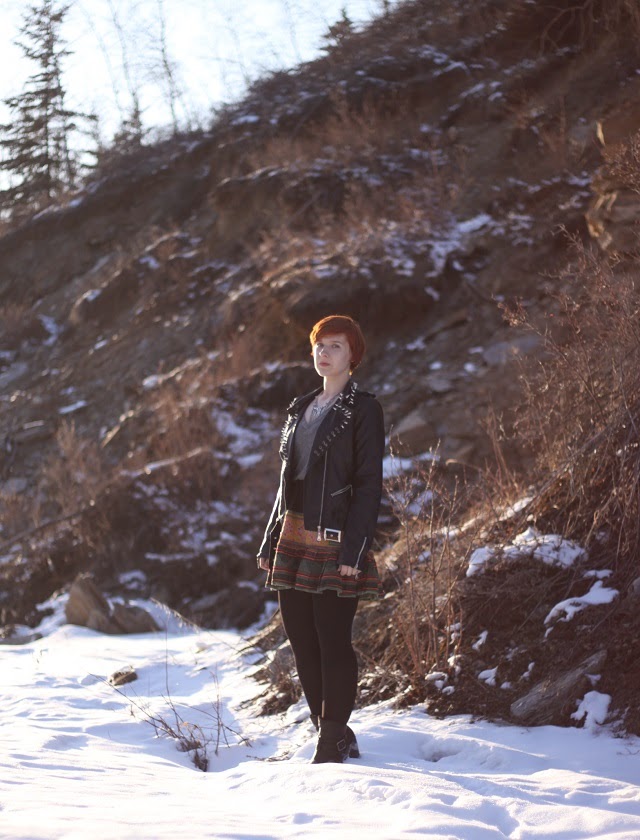 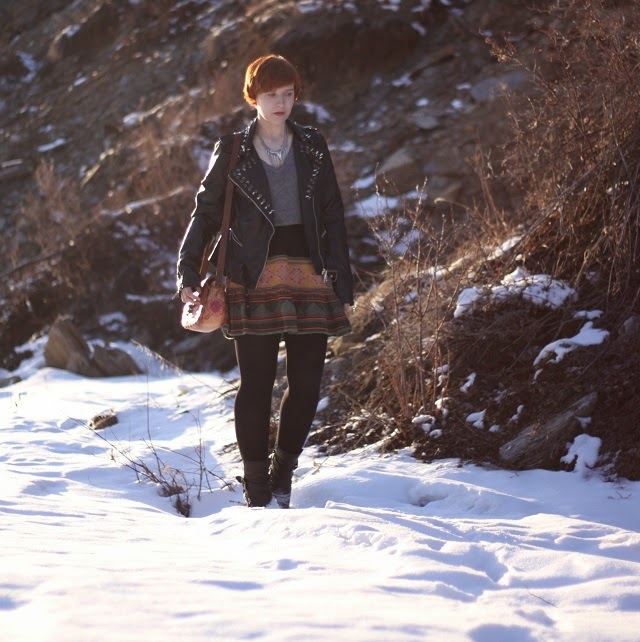 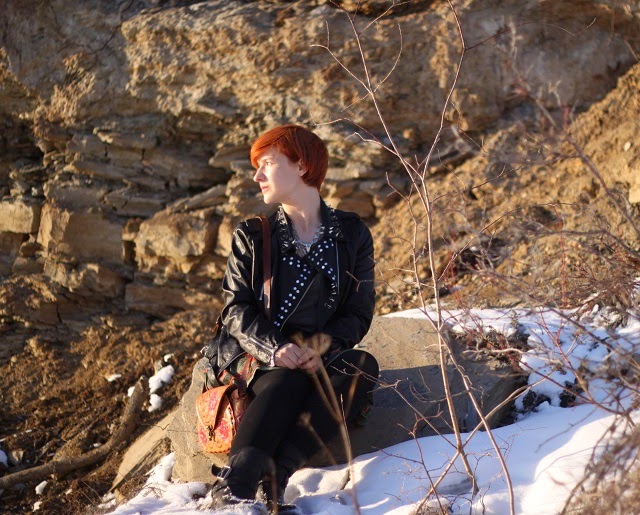 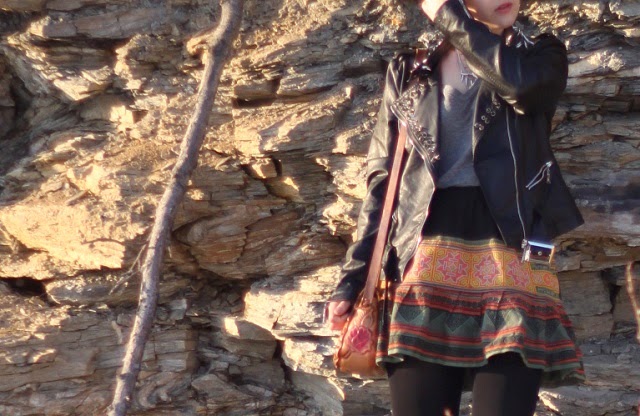 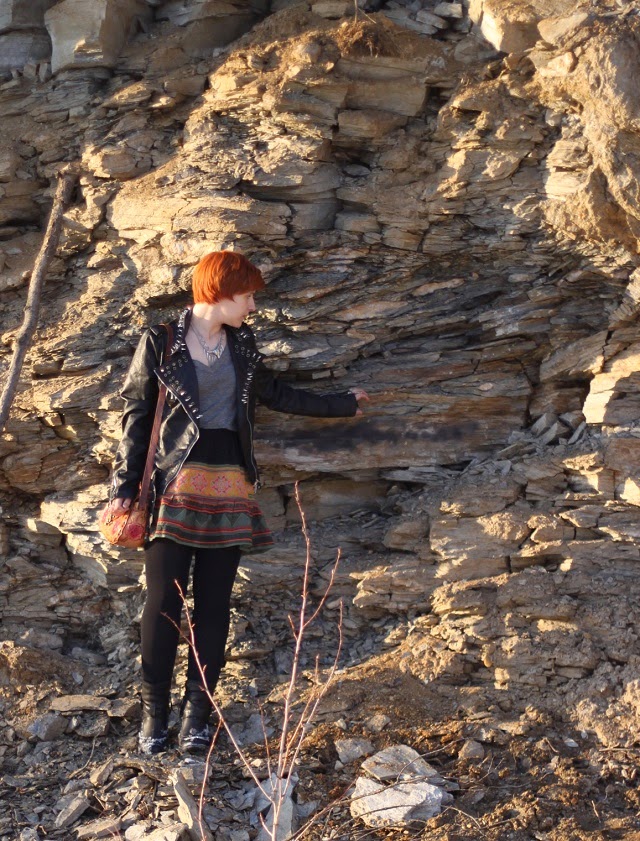 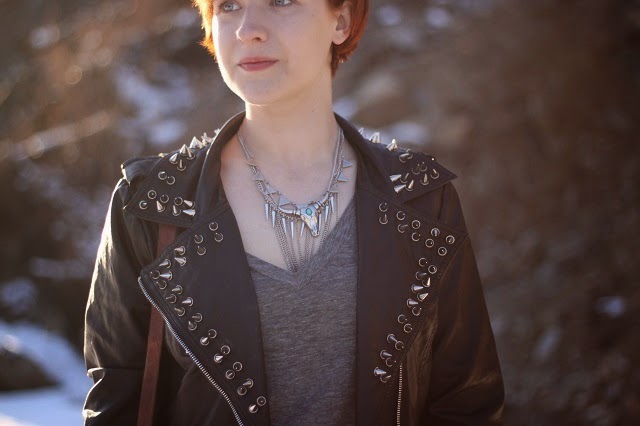 I guess I make really grouchy faces when the sun's bright, sorry about that.

I finally snapped some decent moose pictures on the camera, most of the time I'm using the 50mm/f1.8 lens which isn't so good for distances and because the moose usually hang out in the field, the pictures are poor quality.  This guy was standing in the middle of the road and while we were waiting for him to take his sweet time getting over, I got a few pictures. (Moose are just cute.  Those big noses and ears!) 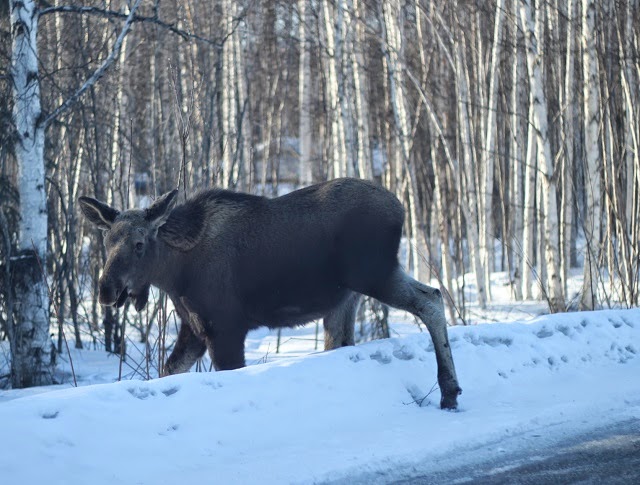 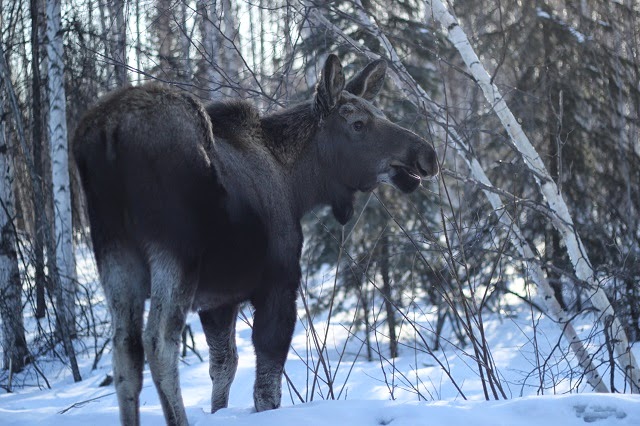 I really enjoy wildlife/landscape photography and while the 50mm/f1.8 lens is great for outfit pictures, it's not so great for other stuff.  I've been thinking about buying a new lens and I'm trying to decided which one would be the most versatile.  Lens get pretty pricey, the 50mm.f1.8 is one of the cheapest at around $100 but a decent lens for landscape can run between $500 to $1000.  That's a big chunk of change and I'm going to have to do a lot of research before I purchase one. (And a lot more saving up!)

Since I accidentally mention it with the title, the hero worship regarding McCandless is such bull.  He was a selfish, egotistical idiot who thought he could go into the middle of the wilderness with nothing and survive.  He didn't and the face that he didn't shouldn't be applauded as "heroic."  If people want to talk about people who felt a true connection to the land and had enough repect for it, they should talk about The Bear Man of Admiralty Island ,  Dick Proenneke or any number of individuals.  Alaskans with outdoor experience have a pretty low option of of the aforementioned McCandless, every year in Healy we'd have to mount rescue missions to save hikers following in his footsteps, it's gotten so dangerous and to the point that hikers are now charged for rescues.  (As example of how clueless McCandless was, he shot a caribou and thought it was a moose.  He then wasted almost all of the meat because he never cared enough to learn how to take care of meat and butcher.  Pretty disrespectful of an animal to just kill it and let the meat rot.)